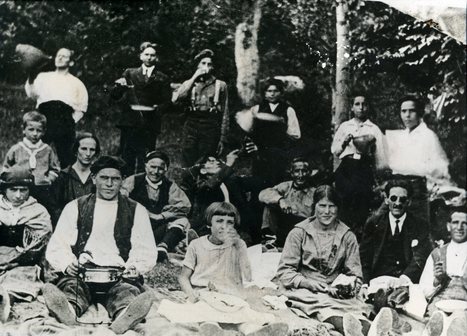 [
Alberto Lázaro has researched the effects of Francoist censorship on a number English-speaking authors, and there’s a good piece by him on Joyce here. He recounts Joyce’s trials elsewhere and then quotes testimony from the novelist Gonzalo Torrente Ballester and the translator Joaquím Mallafré as to the impediments placed in the way of would-be readers of Joyce by the Spanish censors in the 1940s. In fact, his research shows, their memories are not wholly reliable:

On the one hand, before the passing of the 1966 press law the censorship office authorised the publication of the complete version of The Dead in 1941, Dubliners in 1942, Ulysses in 1962, A Portrait of an Artist as a Young Man in 1963 (TapS: Another edition of this was published in 1926, during the previous dictatorship), and it allowed the importation of Exiles in 1944. Moreover, the reports on these books very often included sympathetic and flattering critical comments. On the debit side, they prohibited the importation of 50 copies of Stephen Hero in 1960 and authorised with three slight alterations an edition of A Portrait in 1963. Here we should add the mystery of the “suspended” request to import 100 copies of Ulysses in 1946, although its arrival in Spain was confirmed the following year. In the light of these findings, it must be acknowledged that, in the end, the whole picture is not as gloomy as one might have expected for a writer who had been and still was the center of censorship controversies in many other countries… If I had to explain the minimal presence of Joyce’s books in Spanish bookshops in the 1940s, 1950s and 1960s, or the delay in the translation of his works in this country, I would rather attribute such problems to social, economic, cultural and educational factors. The censor who decided on the publication of Ulysses in 1962 was right when he said that it was “of interest only to a minority because it is difficult to read.”

That has all changed.
]
[
The photo is from the village telecentre where I work. I don’t know who’s in it.
]