The cases of Spain and Holland. 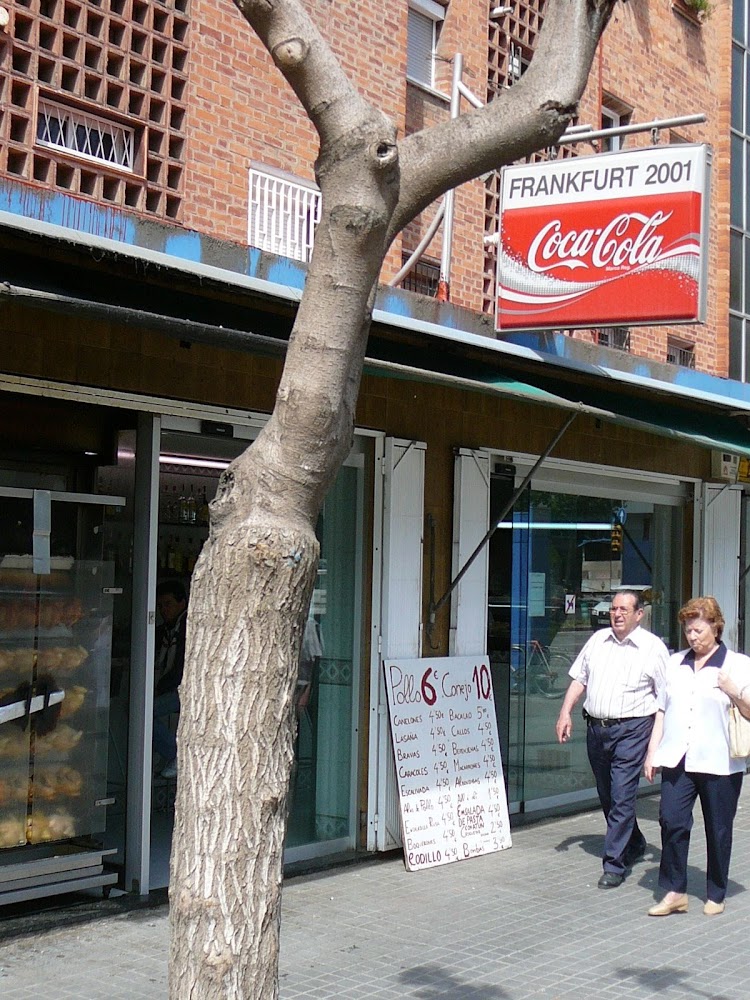 Much more than a dog: the excellent Frankfurt 2001 bar near the SEAT flats in Barcelona's Zona Franca

In the popular mind it is roughly 50 years since the introduction of two great pork products: the frikadel or frikandel in Holland and the frankfurt or frankfurk or franfurt or franfurk or framfurt or framfurk in Spain.

Ewoud Sanders rubbishes its date-checking, but Wikipedia says that the post-war frikadel was perfected by Jan Bekkers or Beckers of Deurne who, as a good Dutch Atlanticist, found his inspiration in American hot dogs.

The Spanish however have stuck with Wagner and Bayer and Mitteleuropa sausage terminology through thick and thin, through raw, cooked, and cured (Lévi-Strauss missed this one)–only a Yanquified Mexican would dare call a sausage in a roll a perrito caliente.

The Americans got them from the Germans too, but that’s so long ago that it doesn’t count, as Mrs Merkel is discovering.