Three Anno Domino 2010 hints for survivalists in the Pyrenees. 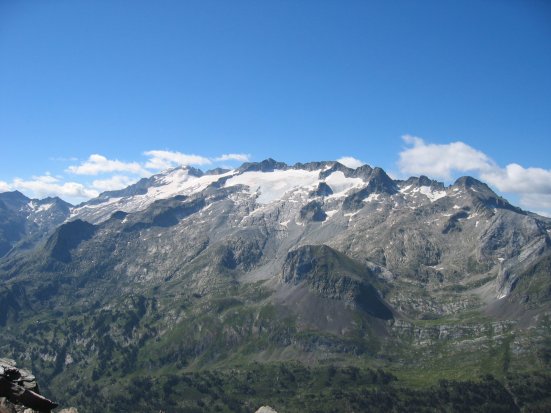 Aneto, just how did it get this big? Photo CC by Avh at Wikimedia Commons.

You and I may lack a Plan B, but some are contemplating thousands of scenarios:

Hint 1: Try including contact details. The Illuminati are at the moment too busy stocking up on basic foodstuffs to read the classifieds.

Hint 2: Get the hell out of the Pyrenees. The Iberian plate may have been moving as part of the Eurasian plate since the late Oligocene, but, as regular minor and less regular major earthquakes remind us, at the end of Cretaceous there was about 150 km separation between Iberia and France. Ever thought of Dominique Dufour de Pradt’s “Africa begins at the Pyrenees” as tectonic soothsaying? It’s gonna blow.

(
If you stay on this page longer than five minutes, your brain will disappear at great speed into the black hole in your neck and become lodged in the hairy end of your own little world, requiring surgical removal, which will be broadcast live on YouTube.
)