This deeply resented peripheralising aphorism was coined not by Alexander Dumas but by Dominique Dufour de Pradt or conceivably the Conde do Funchal. 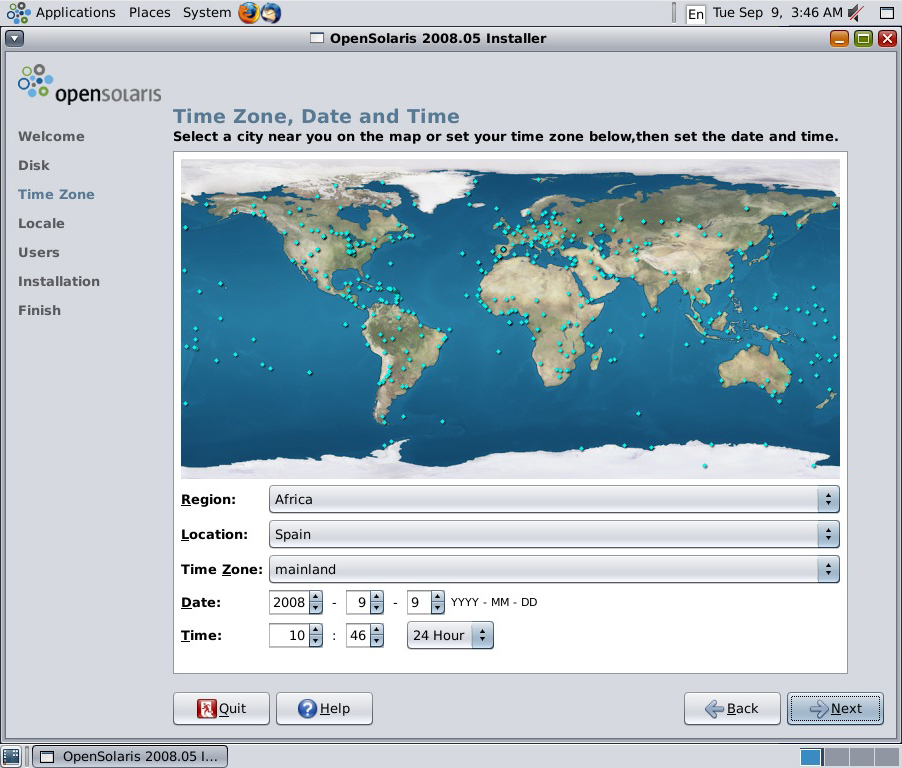 Africa begins in the Pyrenees, according to this Sun OpenSolaris installer. Image: Rafa Espada.

My last post is about the old problem of providing a slightly more useful answer to the question of where Hell is than “Where God is in His wrath,” or whatever. “Africa empieza en los Pirineos,” like the British M6, helps make the choice between Hell and Heaven relevant by creating a physical connection between the two. The phrase is one of a bunch used by residents of the Carolingian Coal and Steel Community (with bastard Norman outliers) to locate themselves in the European heartland.

It is an error of geography to have assigned Spain to Europe; it belongs to Africa: blood, manners, language, the way of life and making war, in Spain everything is African. The two nations have been mixed up for too long–the Carthaginians who came from Africa to Spain, the Vandals who left Spain for Africa, the Moors who stayed in Spain for 700 years–for such a long cohabitation not to have confused the race and customs of the two countries. If the Spaniard were Mohammedan, he would be completely African; it is religion that has kept it in Europe.

I believe both de Pradt and do Funchal attended the magnificently sociable Congress of Vienna, so I wouldn’t be surprised if it turned out that the former used it there as a way of expressing succintly his view of the post-Napoleonic era and the latter gratefully noted it for future use–it seems unlikely that a Portuguese count would have either classified himself as African or been so modest as to deny authorship of such a striking phrase. Dumas fils, says Néstor Luján, denied that his father would have uttered the phrase, both being passionate admirers of Spain,

despite having been stoned by the entire population of a village in the province of Granada whose name I do not care to recall.

Not exactly a resounding endorsement.