I suppose that the use of “their” followed by “you” at the beginning of these parking fine instructions can be explained either as fucked translation or as an attempt to encourage a neighbourliness unusual in these parts, but I think the glorious use of “him” at word sixteen crowned by the subsequent “he/she” degenderisation clearly suggest that we’re dealing here with the psychological catalyst for a social revolution: 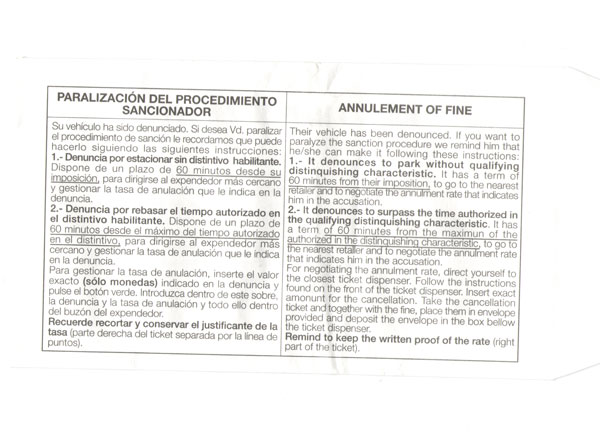 Rampant egocentrism is Spain’s glory according to the right, its curse according to the left. I would suggest that the latter at Jerez Council hope to convert their Deconstructing Parking strategy into a post-structuralist assault on the very idea of personality, from which will emerge a society built on liberty, equality, and that most extraordinary of notions: that one should help an absolute stranger. Should that not be the case, then we are here to help.