Class consciousness didn’t commence in the bakeries of the Industrial Revolution. 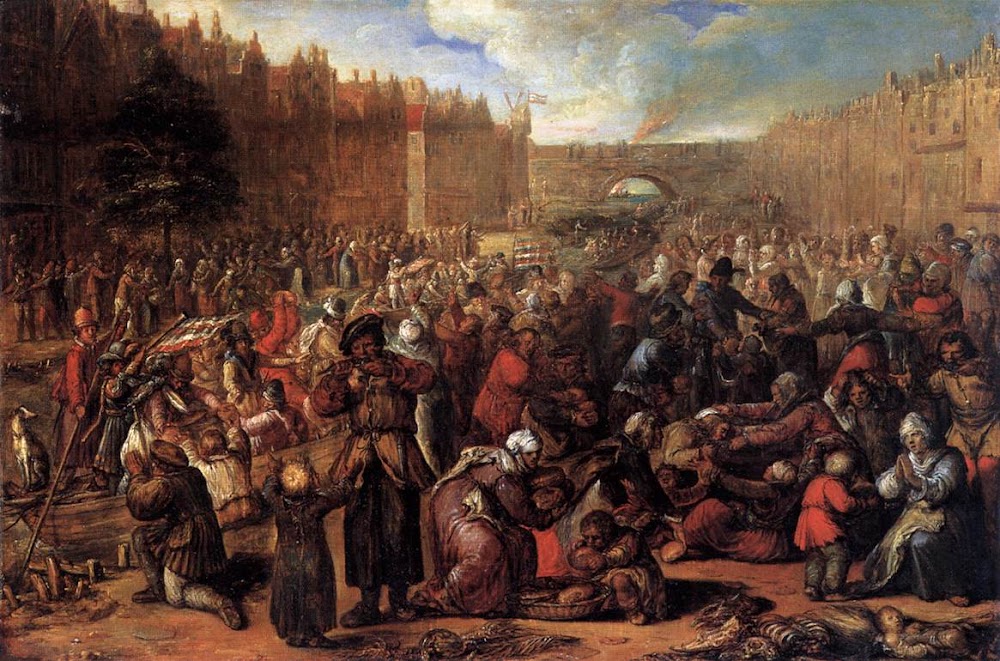 Otto van Veen, distribution of herring and white bread after the raising of the Spanish siege of Leiden by the Geuzen in 1574 Image: Wikipedia.

I guess my belief that this was a 19th century phenomenon came from indoctrination by a Marxist cook, and I never wondered about obvious stuff like the origins of the name Whitbread, as in the 18th century brewer. Here’s the full chunk gleaned from the excellent Michael Gilleland:

See with what a grumble another of them has handed you a bit of hard bread that you can scarce break in two, or lumps of dough that have turned mouldy—stuff that will exercise your grinders and into which no tooth can gain admittance. For Virro himself a delicate loaf is reserved, white as snow, and kneaded of the finest flour. Be sure to keep your hands off it: take no liberties with the bread-basket! If you are presumptuous enough to take a piece, there will be someone to bid you put it down: “What, Sir Impudence? Will you please fill yourself from your proper tray, and learn the colour of your own bread?”