And talks New Orleans in excerpts from Confederacy of Dunces 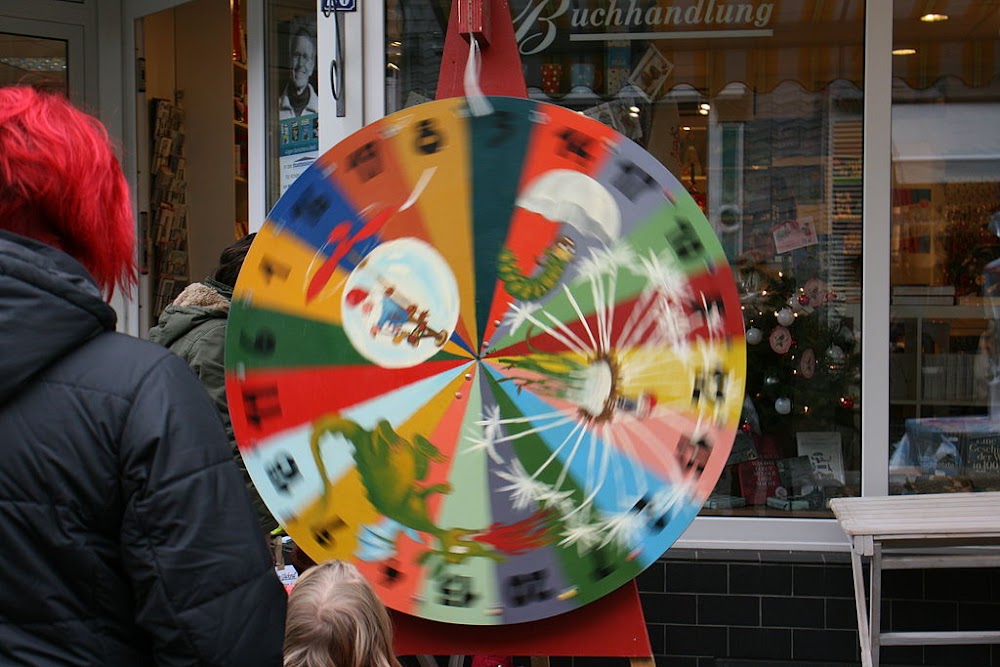 Rota fortunae at the Christmas market in the German town of Hückeswagen. Image: Frank Vincentz.

Nowadays Irwin Chusid would have Thelma Toole on a multi-million naivetract:

Her 3:25 is obviously the source of Duke Ellington’s hook for Take the A-Train:

Can you spot the references in her New Orleans song?

Her lilt and cadence echo Ferdinand Joseph LaMothe’s commentaries in the Library of Congress recordings:

I don’t think I’ve ever heard a southern American Anglophone use a diphthong in “Orleans”, but I don’t get around much anymore.

I once took a delegation from one of the Mardi Gras crews to inspect various European processional customs. However, it was all a bit stuffed-suit corporate – Thelma was the kind of person I was dying to meet. Very belated thanks to Louis Alvarez and Andrew Kolker for capturing her in time – she died shortly after this 1983 recording.