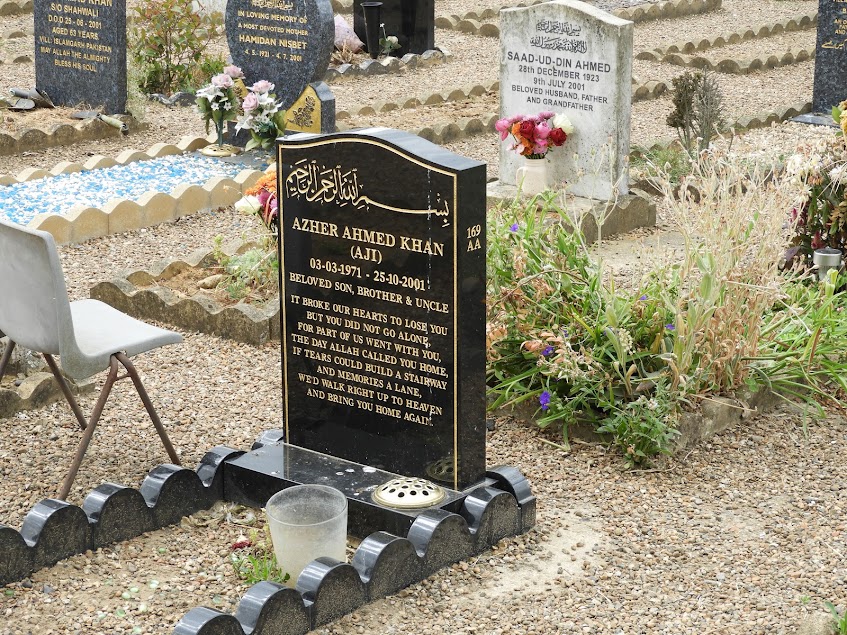 A moving tribute to "Aji" by his relatives.

Once more unto the hedge, for blackberries. But there are too many University of Foraging graduates on Walthamstow Marshes, so I walked up the Lea Navigation to combine picking with poking around. No elevenses at Edmonton, because now that everything on the left bank has been demolished the demolition workers no longer require the Lea Side Café, and they will presumably flatten it before they go: 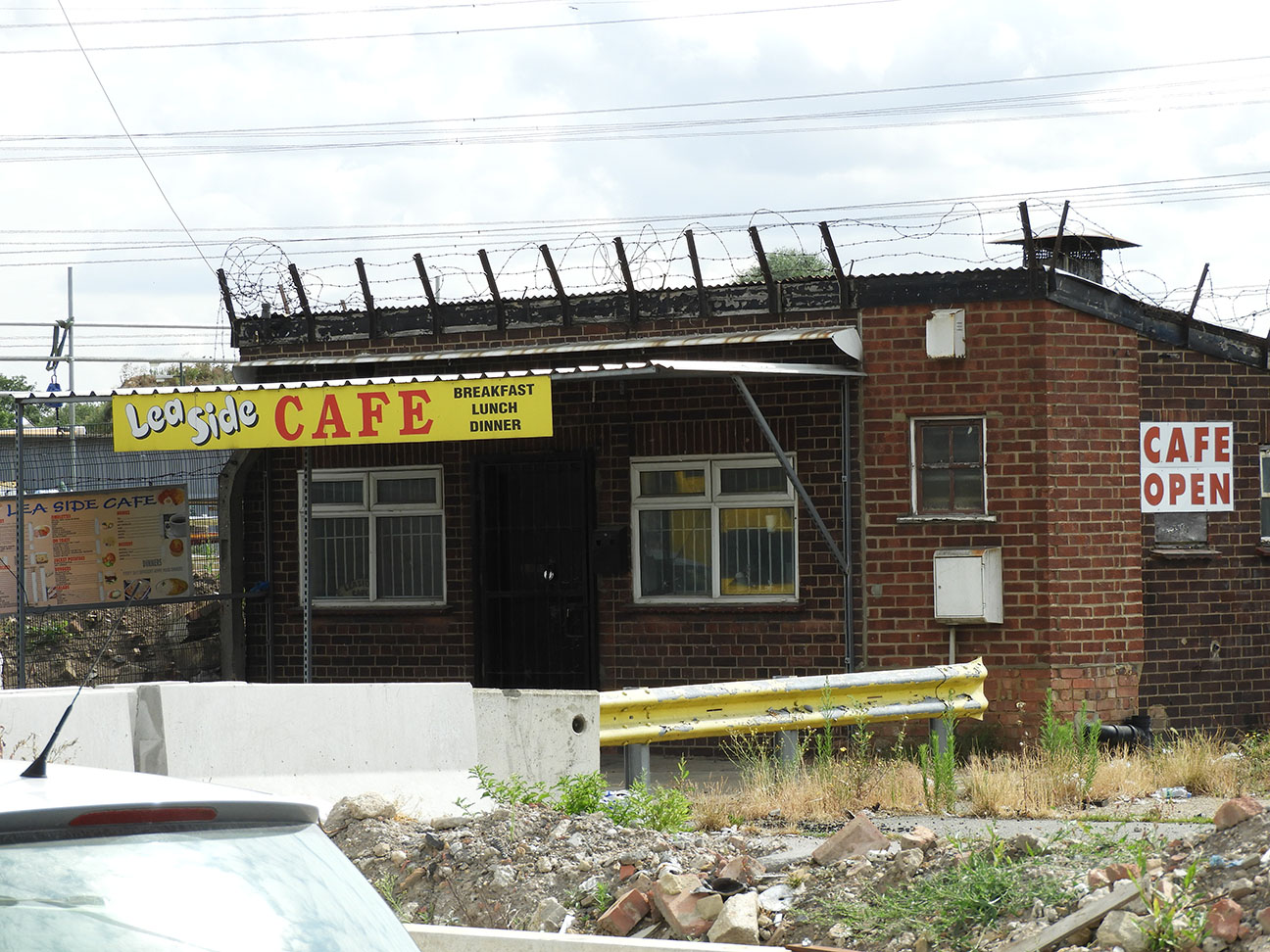 The Romanian squatter camp just north of the North Circular has also seen better days, so I backtracked down Harbet Road and Folly Lane, popular fly-tipping destinations on which Waltham Forest Council may or may not have a handle, and past the British gypsy cul-de-sac, which for some reason a Google Street View car decided not to document fully: 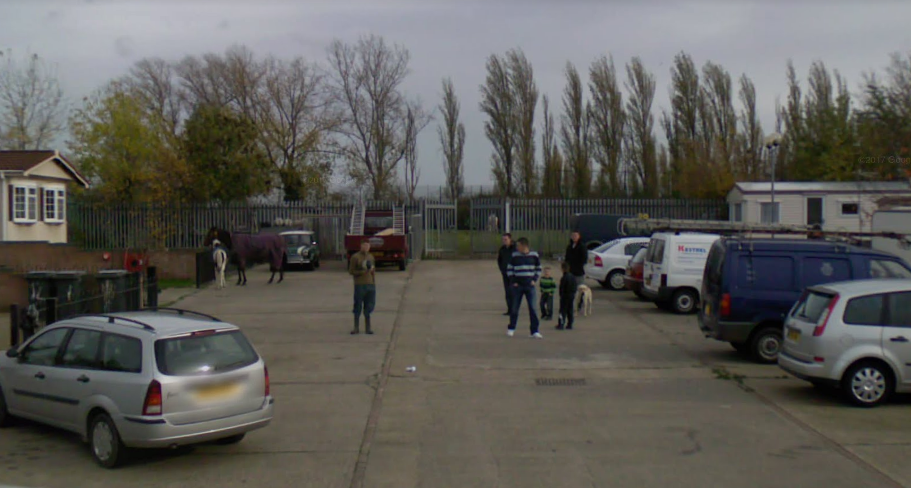 Next door is the Waltham Forest Muslim Burial Trust, which appears to cater mainly for Bengali and Turkish Sunni. The stones of some of the more ancient of the former recall pre-Independence and -Partition administrative divisions, and I guess that before fundamentalist clerics began to insist on one-day burial many corpses would have been repatriated, as was the grandfather of a Bangladeshi school friend. In line with the modern (and thus mutable) consensus (“Religious authorities from all different backgrounds are united in the belief that Muslim graves should not be elaborate constructions and should not be raised high off the ground“), headstones should be rectangular and of a maximum of 24 inches in height and 18 inches in width.1 You will need to go elsewhere and have made friends with the planners if your love for the departed is such that you wish to emulate the greatest of all Muslim grave markers: 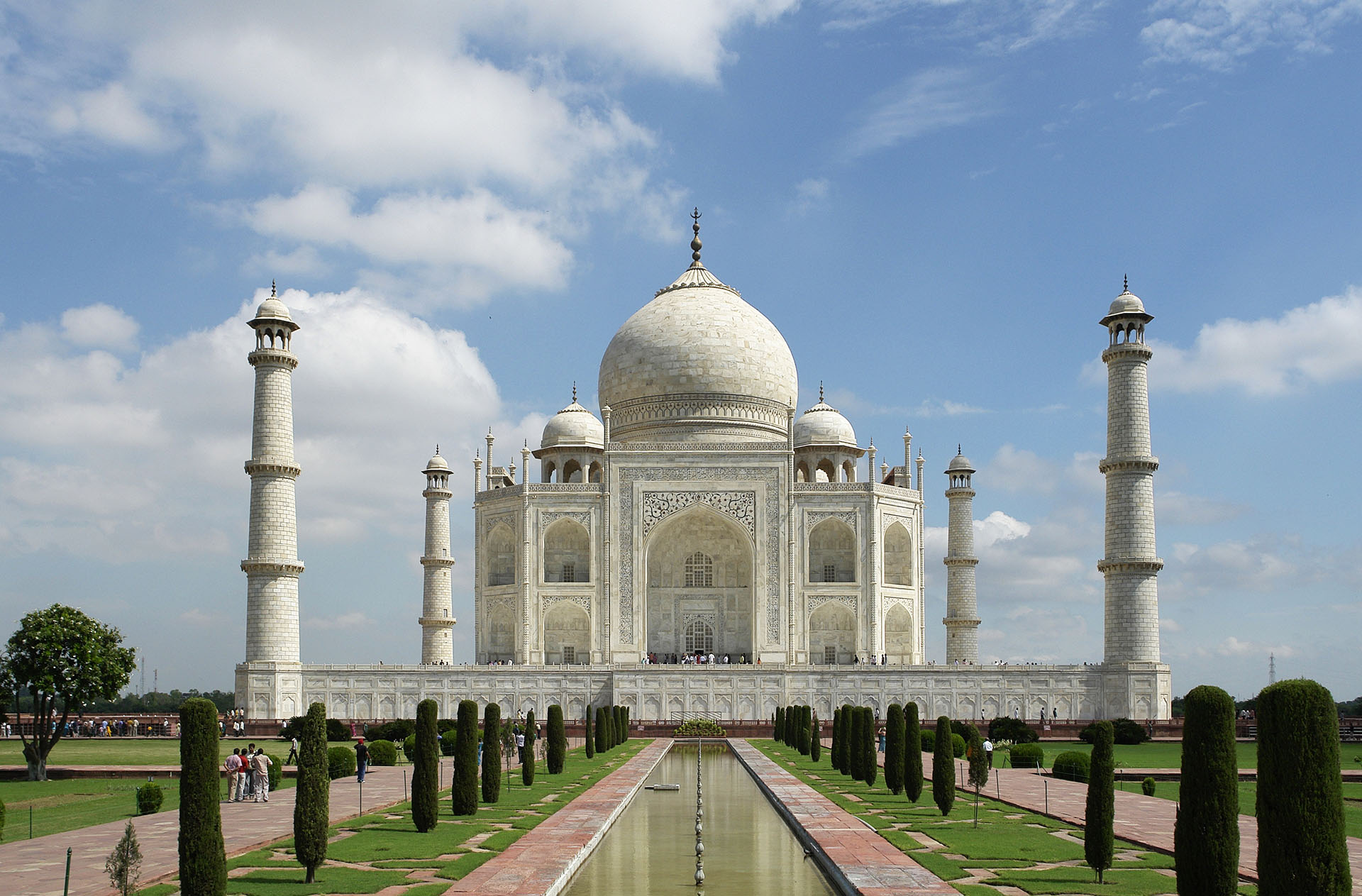 The southwest-northeast alignment of the regimented shiqq-style(?) trench graves foxed me, until I discovered the custom of laying corpses on their right side so that their head may face in the general direction of Mecca:

Arab fundamentalists ban women from visiting graveyards,2 but a Bengali family entered as I left, so perhaps a liberal view prevails in that respect. Another extreme view is that “It is not permissible to plant trees on graves, whether they are Indian fig trees or any other kind, or to sow barley or wheat or anything else on them, because the Messenger did not do that to graves, and neither did the Rightly Guided Caliphs who succeeded him (may Allaah be pleased with them),” but I did rather enjoy this sunflower and several other floral tributes, and may the Celestial Authorities protect the gardener if the Saudis are ever brave enough to undisappear the founder of that website: 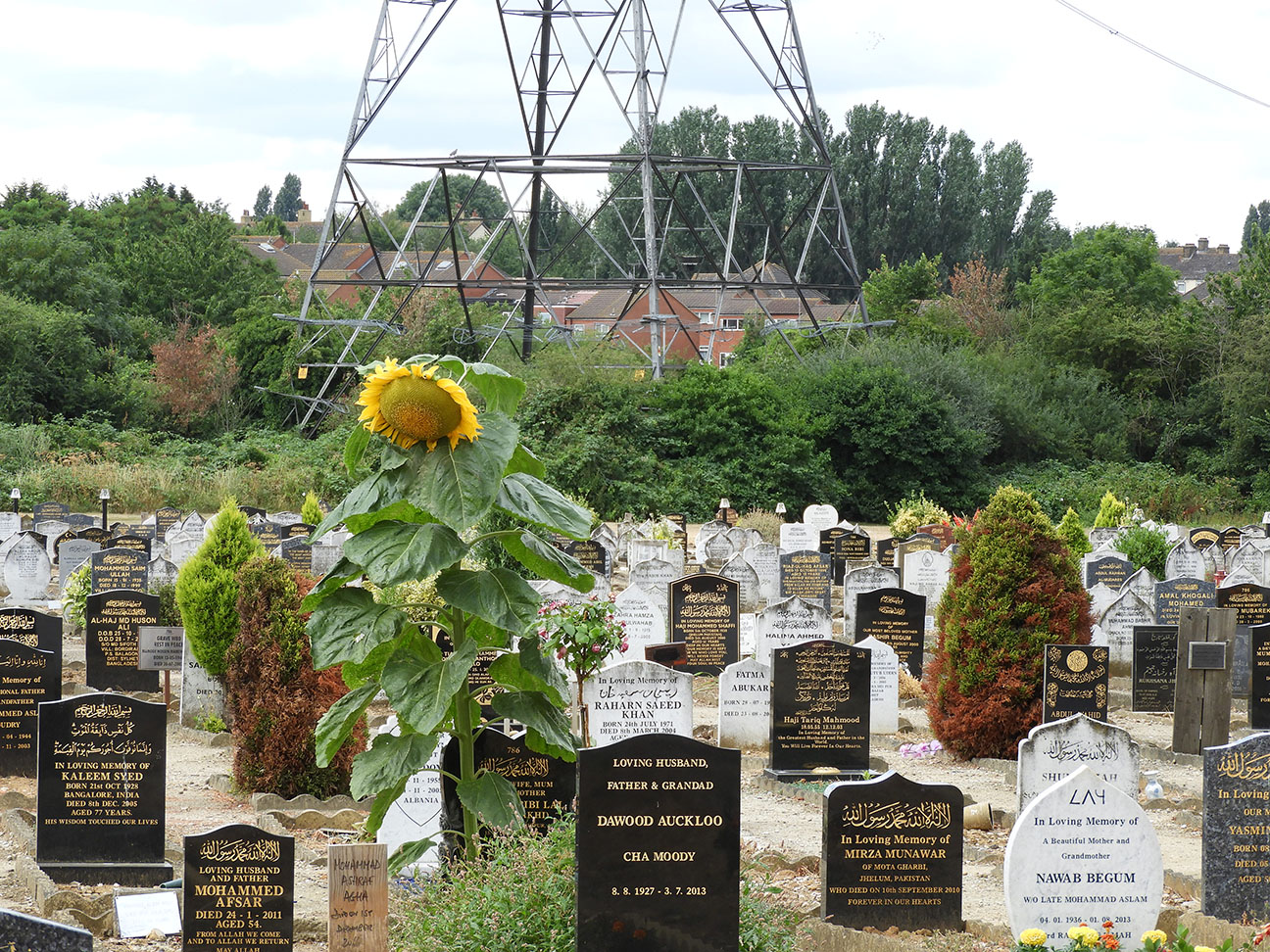 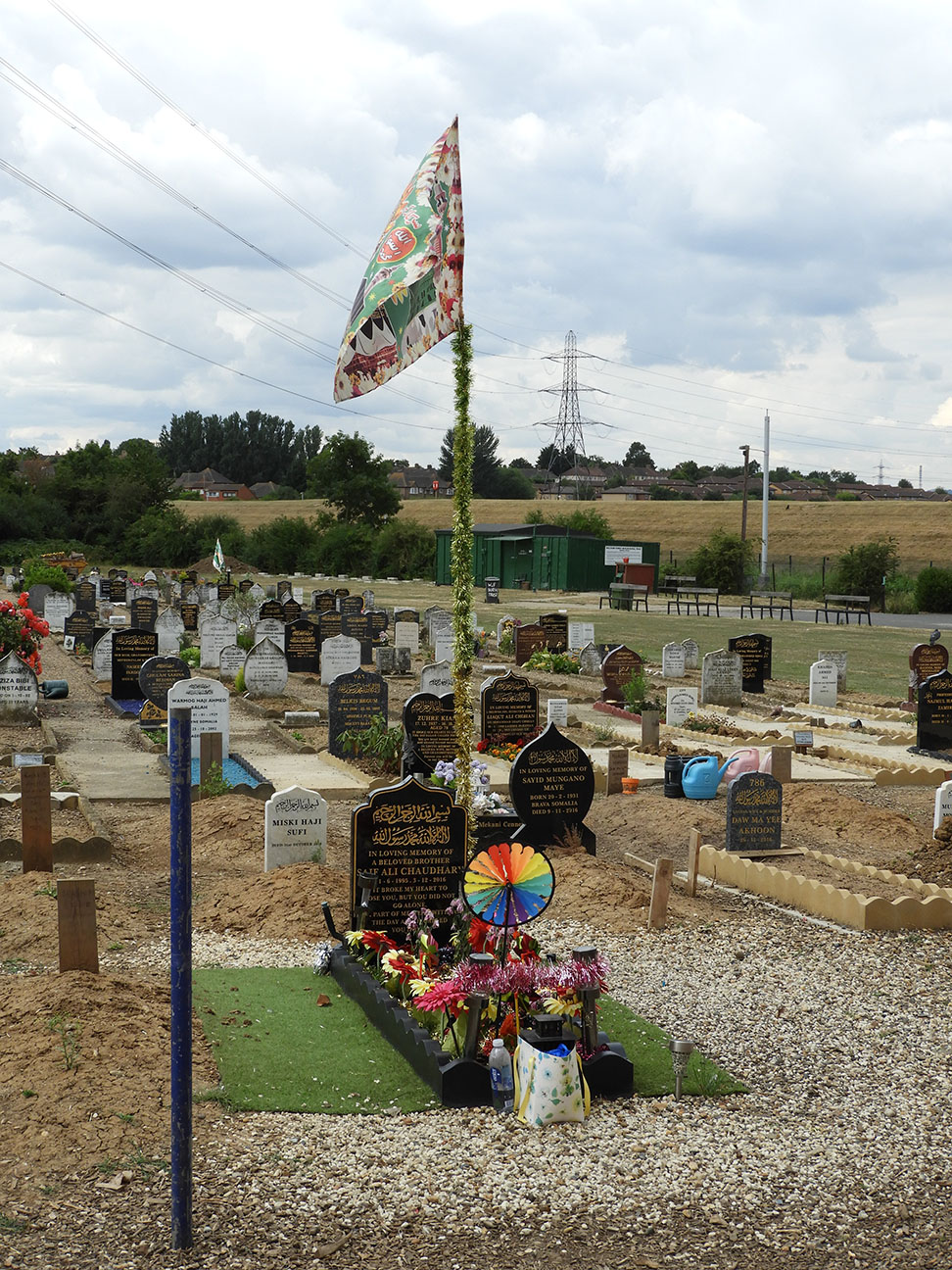 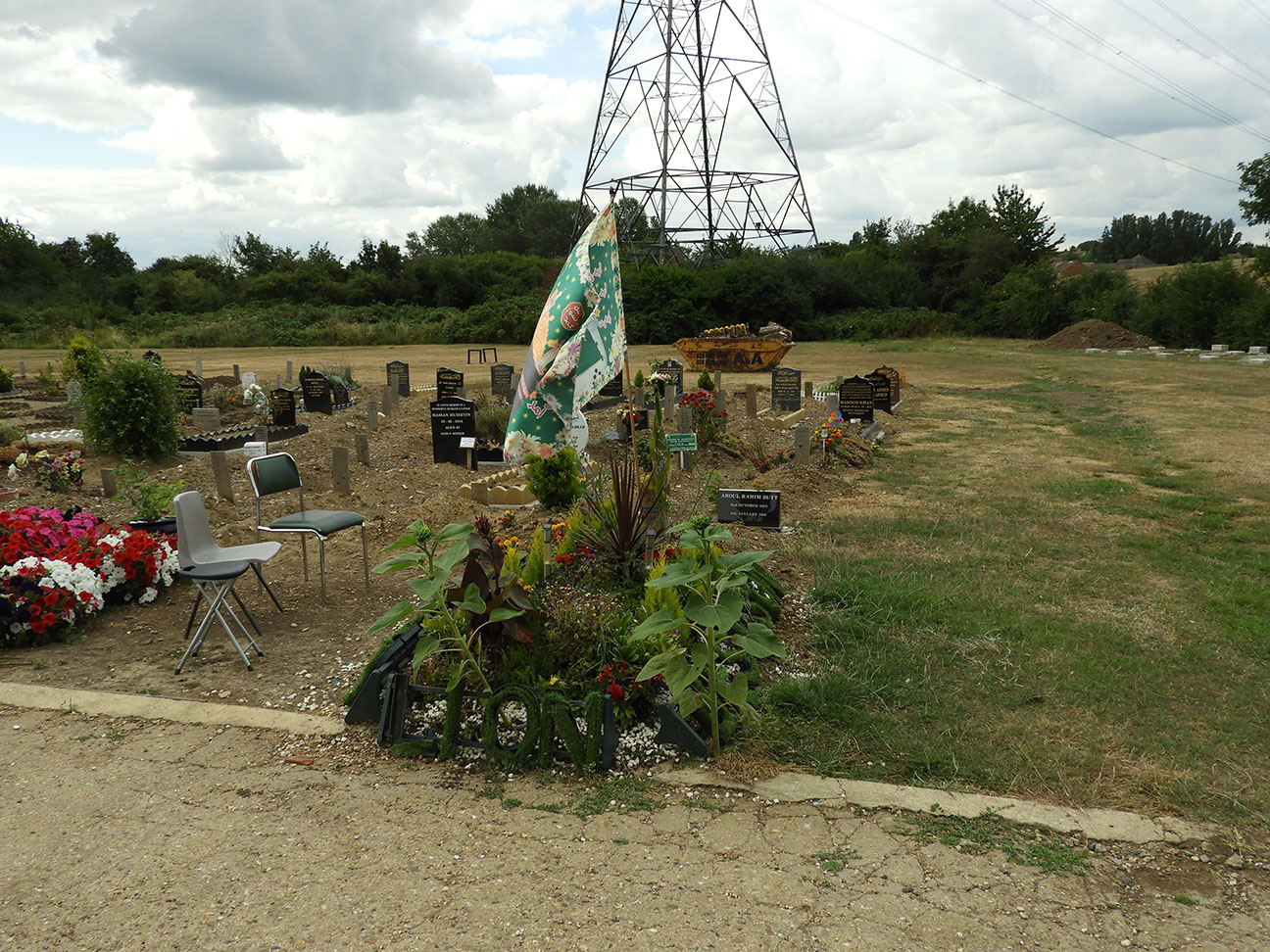 But let us turn to the verse which is this subject of this post. Around this time last year I tweeted from St. Patrick’s Roman Catholic Cemetery in Leytonstone:

And here it is again (see the lead photo): twice as long, and, I think, the very only verse in the entire cemetery:

It broke our hearts to lose you
But you did not go alone,
For part of us went with you,
The day Allah called you home.

If tears could build a stairway
And memories a lane,
We’d walk right up to heaven
And bring you home again.

I don’t know its origins, but the second stanza is quite ingenious, and worthy of adoption, whatever one’s background. If I were to sing it I’d probably change “The day Allah” to “When Allah.” Maybe one day I’ll get a chance.