On February 18, 1904 Charles Cazalet, member of an auxiliary bureau of the Bureau de bienfaisance, submitted a report to his fellow members detailing the benefits of establishing a workers’ garden in Bordeaux. This plan called upon the Bureau de bienfaisance to create and fund a series of gardens rented at low cost to needy families. Upon inspection, however, the Bureau’s administrative commission rejected the proposal, acknowledging the need and utility of such a program, but noting also that, except in Nancy, other workers’ gardens in France were “founded by private initiative and maintained by groups independent of public administration.” (Steven M Beaudoin, “Without belonging to public service”: charities, the state, and civil society in Third Republic Bordeaux, 1870-1914)

Grec.net’s time machine can’t remember what happened here that day, except that it was a Thursday. A graphic from La Vanguardia‘s poorly scanned archive (sub) reveals, however, that their principal journalistic obstacle back then was not so much what as where: 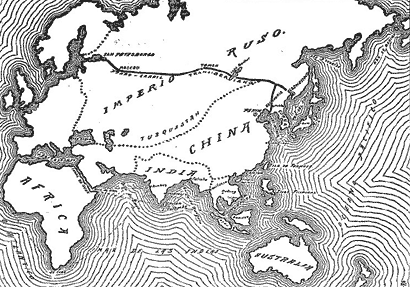 I think this is circumstantial evidence for Columbus having been Catalan, and I’m glad my great-grandad wasn’t Danish.