This afternoon round the back the cat took a chunk out of a monk with San Francesco d’Apussy delusions. Here, then, are two gateposts from a small estate over the back of Collserola: 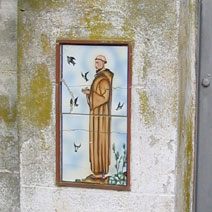 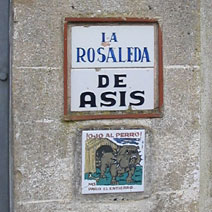