Taken from the back cover of Donald K Burleson’s new Oracle9i UNIX Administration Handbook, this has to be the worst ever, worse than the lounge at Luton, worse even than divorcee cruises out of Miami, although possibly not as hard on the liver: 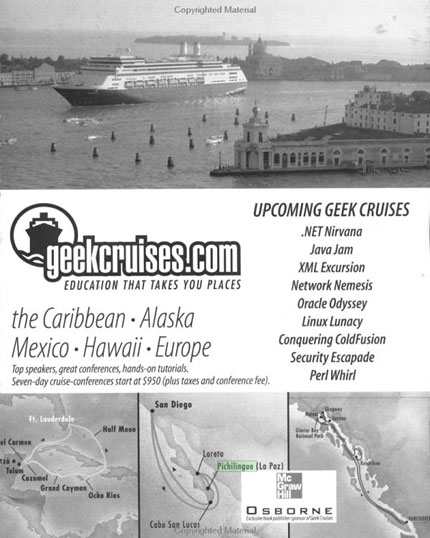 More shortly on the highlight.