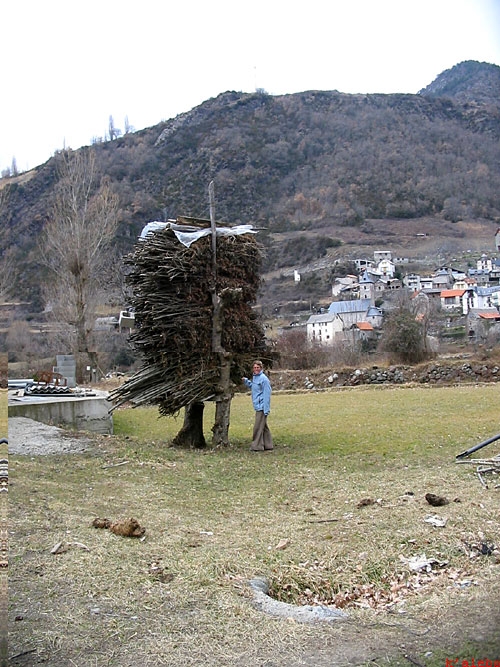 It’s kind of a game: you bring bits of tree down from the hills and stick them onto a tree in the valley.