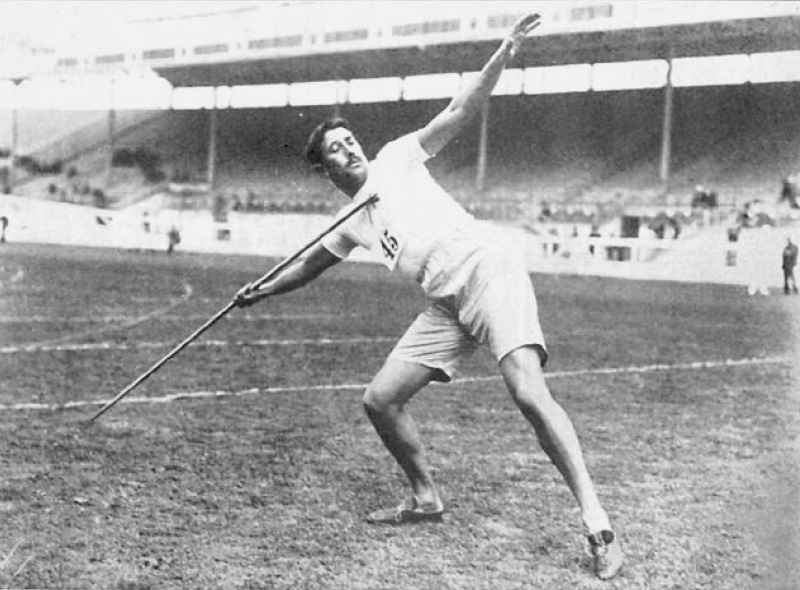 Eric Lemming of Sweden came last in the 5,500m at the Paris Olympics in 1900. Photo CC from Wikimedia Commons.

I was talking to someone last night about anti-hagiographies, and about whether Abelard having his knackers knackered as punishment for being the noisiest and most active cock around might qualify him for a Darwin Award. Ah, said my friend, you obviously don’t know the Jewish anti-messiahs–much more exciting. Well, apart from Monty Python, I didn’t really. So now he’s sent me this:

You have heard about a certain man who was called David Bar-David, who became a messiah and very many followed him. He, seeing finally that it was not finished, was led to the sultan, and the sultan said to him: Show me some miracle from those which you can do. He answered him: I will throw myself into the sea before your eyes and will return alive. He drowned in the sea and very many people who followed him threw themselves into that sea and all drowned.

The accessible rest of Harris Lenowitz’ The Jewish messiahs: from the Galilee to Crown Heights also appears to be highly entertaining.

[
Should anyone who comes across this post have folktales or whatever that they feel relate to the Abelard legend, please pass them on. I thought that obvious links would exist with doomed rooster allegories, but I’m not striking particularly lucky on the specifics.
]