Tülin Özen’s shell technique in Semih KaplanoÄŸlu’s Bal, comparison with the palm technique, brief speculation re historical usage of both, and a Moorish honey-cookie recipe. 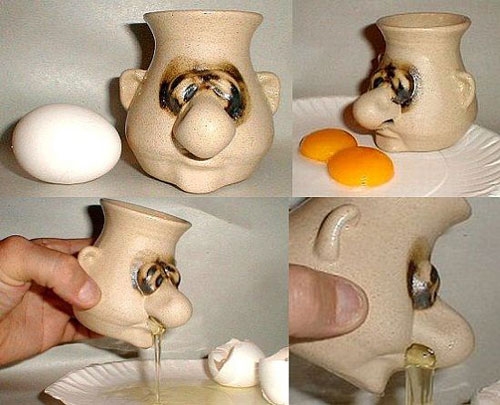 In the marvellous (slowly-)moving picture, Bal (“Honey“), Tülin Özen uses the shell technique, transferring the yolk back and forth between the shell halves and allowing the white to drip into a bowl:

I have seen both this technique and that where you support the yolk on your palm and use your fingers to sieve the white into the bowl in Spain, France and England, so I guess the latter is probably also used in Ä°skenderun, the actress’ home town.

Off the top of my head I’d say that egg separation as the basis for pâtisserie as simple as that in the film has been around on the Mediterranean rim (and in the Ancient Greek colonies in the Black Sea near which the film is based–who knows what Xenophon got up to in Trapezus having fought his way back from Bagdad) from at least well back into the 1st millennium BC, but as far as I know no description of it exists prior to 19th(?) century cookbooks.

So are both techniques natural universals, the kind of thing that would occur to any cook given half an hour and a bottle of beer, or did they follow different itineraries?

I wouldn’t be surprised by the latter, since they are functionally different: the shell technique requires that the eggs be thoroughly washed to remove hen faeces, while the palm technique for similar reasons requires that one’s Scheißhand undergo the same treatment; the palm technique is favoured by clumsy pâtissiers like your enthusiastic host, who always breaks yolks when he uses the shell technique, the fatty drops preventing the white from whipping properly.

One detail that suggests that Ms Özen doesn’t do this thing for a living: although her style looks pretty good from a distance and in soft focus, her eggs don’t pass through water before being broken–perhaps her husband Yakup ran the rope over the wrong branch of that final tree because he was more worried about some nasty stomach cramps than the drop.

What is she making? I hope it’s something like one of my favourite quickies from Charles Perry’s An Anonymous Andalusian Cookbook of the Thirteenth Century, interpreted in one of David Friedman’s recipe collections as

Cakes with Honey
1 c white flour
4 threads saffron
3/4 c honey
1/4 t pepper
4 T butter
1/4 t salt
1/4 c blanched chopped almonds
2 egg yolks
~ 1/4 c clarified butter
1/4 c pine nuts
Cut butter into the flour, then knead in egg yolks with saffron (extracted in water) and salt. For each batch, put 1T clarified butter in a small frying pan on low heat, put 3 T of dough in the form of a patty about 1/8” thick into the butter with 3 T of honey. Cook for 5-10 minutes until the honey thickens, spooning honey over the patty and flipping the patty at least once. Then pour in 1T of the nut mixture. Remove onto a plate, pouring the honey and butter mixture over top, add a pinch of pepper.