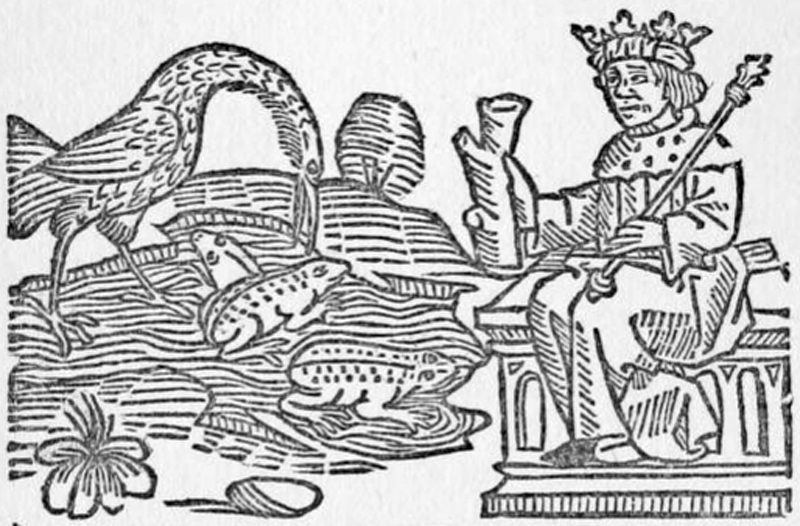 Jupiter, the heron, and his subjects, according to Caxton.

The other MM linked to this piece by Andrew Hammel about excessive moralising in German public broadcasting.

Someone in his comments blames this tendency to deëvangelise by not knowing when to shut up on Schiller, someone here suggested Luther, but I wonder if it isn’t actually Aesop’s fault.

My impression, based on not very much reading, is that Aesop became incredibly popular in the vernacular among German-speakers before and more than anywhere else, thanks basically to Steinhöwel’s great bilingual Latin-German collection of 1477-ish, which via the rip-off by Julien Macho also made its way within the decade to Spain and to Caxton.

I didn’t find Steinhöwel online, but I did enjoy bits of the 1501 Brant rehash. It uses presumably roughly the same woodcuts as Steinhöwel, since they also turn up in Caxton. Check the classic libertarian sermonising at top and tail, radically different from Phaedrus‘ “always keep a-hold of Nurse; For fear of finding something worse” 1500 years before.

Dear fellow-Europeans, frogs, etc: on careful consideration, would you prefer to be eaten by a heron or a water snake?