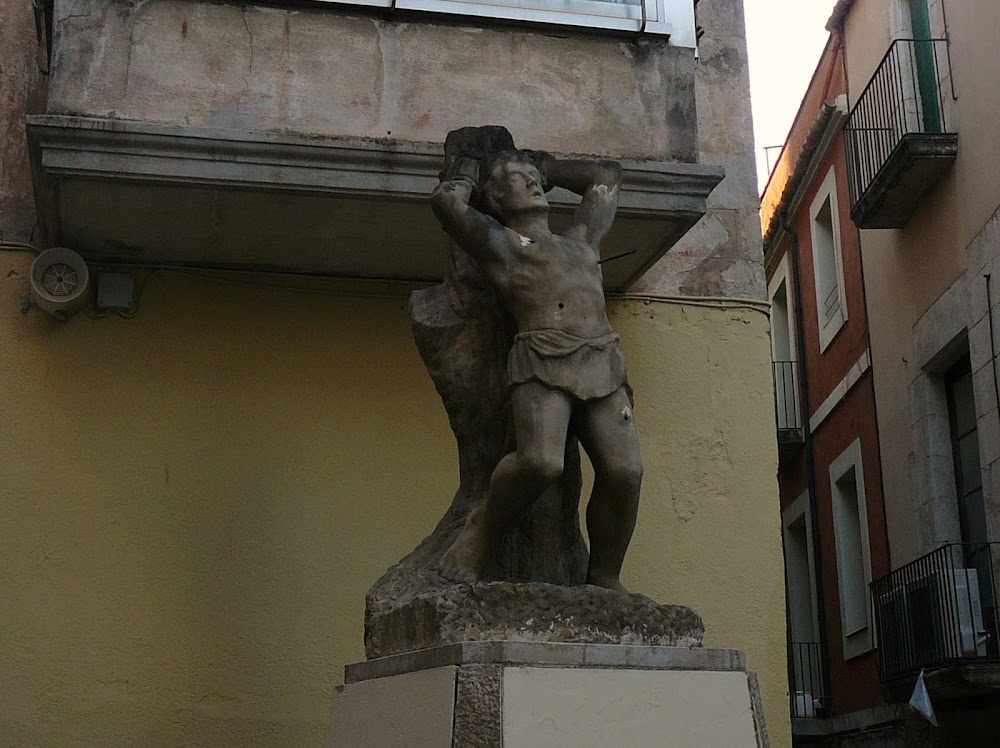 Saint Sebastian stands guard over the old road into Villafranca del Panadés from Cabañas and Granada.

Or perhaps they just fell out – the anti-clerical fetishists, to the extent that they read at all, might have difficulty explaining their absence. Here’s the Catholic Encyclopedia:

The Acts, probably written at the beginning of the fifth century and formerly ascribed erroneously to Ambrose, relate that he was an officer in the imperial bodyguard and had secretly done many acts of love and charity for his brethren in the Faith. When he was finally discovered to be a Christian, in 286, he was handed over to the Mauretanian archers, who pierced him with arrows; he was healed, however, by the widowed St. Irene. He was finally killed by the blows of a club. These stories are unhistorical and not worthy of belief.

You can find him here.