Helmets tend to be worn only outside urban areas, where, as veteran racer PB points out, they’re actually pretty useless – the classic injury is arse-over-tip onto a really tough bit of skull, with the only permanent effects (apart from death, which is pretty uncommon) being recessed, cocaine noses.

In towns falls tend to be sideways onto thin bits of bone, with sometimes quite appalling consequences. However, helmets are bloody horrible in urban traffic. And, since Spanish police don’t enforce cycling ordinances unless the cyclist is young and blonde with mammoth knockers, the only effect of the DGT’s legislation – like so many Spanish laws – will be to achieve an electoral objective by calming down temporarily the considerable proportion of PP (and other) voters who (often for good reason) simply hate cyclists (see Salvador Sostres).

What one needs is lateral head protection that does not cause one to feel like an Orthodox Jew in an airplane and is not an unpleasant encumbrance when not being worn. And the solution is quite simple: 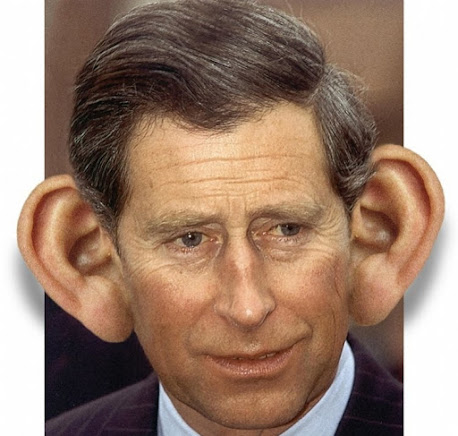 This stylish protection is easily storeable – Are those your ears in your pockets, or are you just happy * 2 to see me? – and it should be possible to mass-produce in latex to meet reasonable safety standards for around 10€ the pair. James Dyson, talk to me here.

One has also been working recently for UKIP’s new policy studies centre – it’s important to go into the next generals with at least one policy – and has come up with a workable solution to Islamic fundamentalism, which one believes will garner wide public support. More soon.