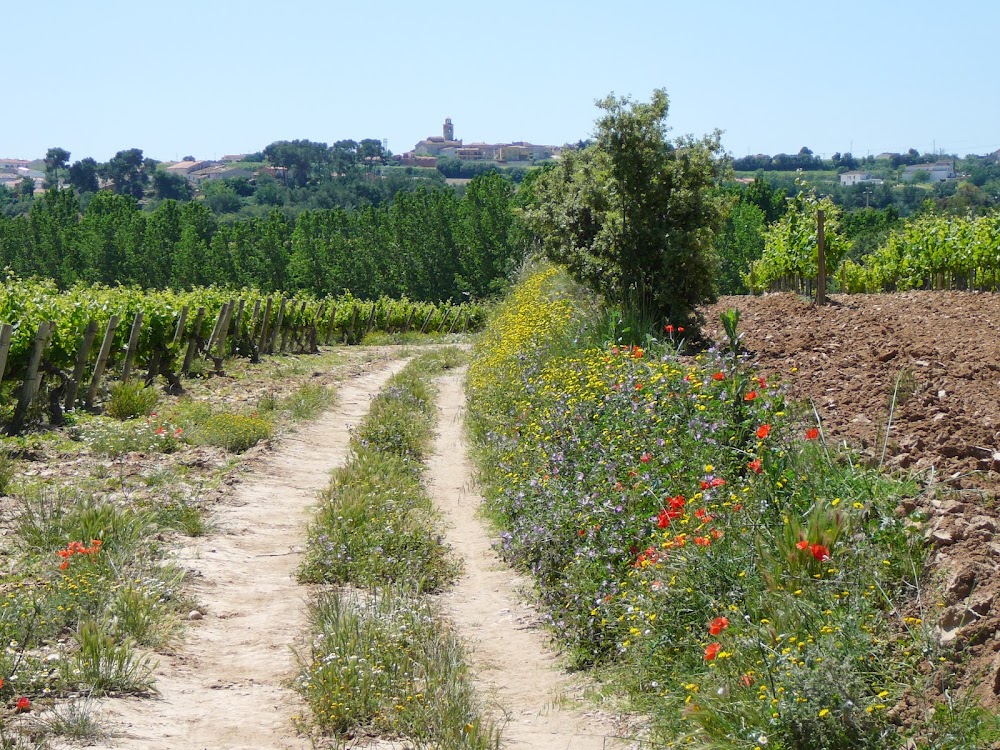 Free annual subscription if you guess the name of the village on the horizon.

Proper plants always die on me, and they recall the ex and (in the case of bathroom ones) an abysmal experience with some long-horned cows in a Venezuelan jungle, but not much else. So the army of occupation has been ejected and replaced by wildflowers with great lumps of limey soil, which I know and love, partly because they remind me of the flowers on the chalk of the South Downs, and which grow like buggery whatever you do to them. The smell of freshly gathered horseshit makes train rides more interesting – not exactly the lavender cowboy, who, as you should know, died with his six-gun a-smoking, only three hairs on his chest, and bathed in another curious odour:

Now the posse they went out to get him
For to bring him back dead or alive
And they knew as they went they were hot on the scent
By the smell of Chanel No 5.

Anglophones have for a long time been romanticising on about the wonders of weeds and wild flowers, but I think Spain’s agricultural past is too recent.