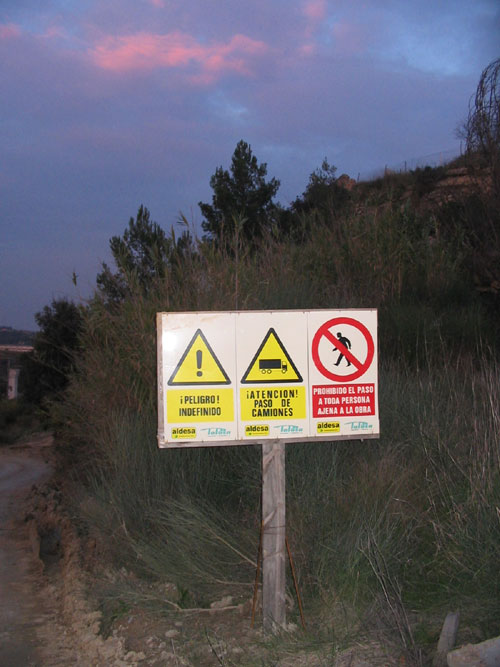 When I was small I used to hang around a container port, hoping to be picked up by a passing pirate ship, and it is with a similar contempt for danger that I now traipse across Spanish building sites. Unfortunately, signs like the one on the left are generally an indication that (legally speaking) the cranes are unlikely to fall over, and the only risky business during the construction of the AVE high-speed link from Madrid to Barcelona has been the occasional discovery of large sinkholes near the tracks.

Funnily enough I don’t know any Spanish songs about trains or Blackburn, Lancashire, and I doubt that we will ever have a website as fine as that of the National Corridors Initiative. Their December 15 newsletter contains an audio fragment of the Snowstorm Boogie: