“Discontented devil of a blackamoor, why canst thou not be satisfied to live here?” “Avast there; all our gold and diamonds can’t procure us here the bright sunshine and joyous people, nor the rich fruits and wine, of my native clime.” 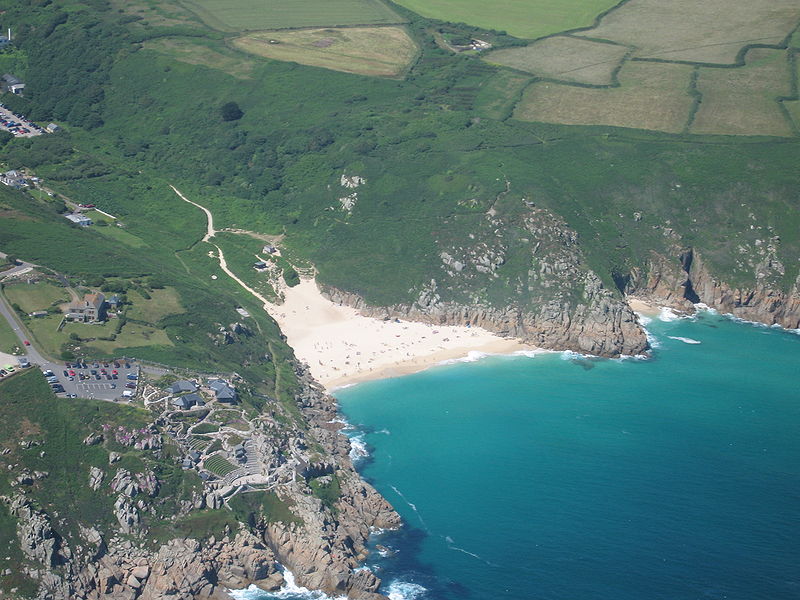 I posted a while back on chariots of death. I don’t want to get into the where or whence of these and other ghostly forms of collective transport–a post on which could easily take up a couple of Google-weeks (study-years, in pre-Google Books parlance)–but I thought that at least the Iberians among you might find interesting the following spectre-ship tale, collected in the early 19th century by a remarkable and admirable man called by William Bottrell, and published as Traditions of Parcurno in his 1870s Traditions and hearthside stories of West Cornwall.

The scene is 17th century Cornwall, with Barbary piratry at its peak and where “a new sect had sprung up whose members, professing uncommon godliness, decried our ancient games and merry-makings, which were wont on holidays to unite all ages and classes.” Young Martin has left his dissolute family in Porthcurno (also Porthcurnow and many other variants) for the sea. Years later, his evil relatives all dead, he lands from a great ship with goods a-plenty and a mysterious companion:

In a short time … Martin, now called by most persons “The Captain,” became reconciled–one can’t say attached–to his native place and the “humdrum West Country folks,” as he styled them, who marvelled at his riches and the change which had taken place in his outward mien and manner. Yet the homely people’s surprise at the alteration in Martin was nothing to their wonder, allied to fear, excited by his dusky companion or slave, for no one knew in what relation they stood to each other.

This stranger was seen to be a robust man, about thirty years of age apparently, with a swarthy complexion, many shades darker than the Captain’s Spanish-mahogany tinted skin. Martin called this man José or mate, and he rarely spoke a word of English (though he could when he pleased) or addressed anyone but Martin, with whom he always conversed in some outlandish lingo which seemed more natural to the Captain than his mother tongue. A tantalizing mystery shrouded the dark “outlander;” for his master or friend would never answer any queries respecting him. He was almost equally silent with regard to buccaneering or other adventures, and rarely spoke of anything that occurred either at home or abroad during his absence. The two strange beings often came to high words and even to blows, but they would never allow anyone to meddle in their quarrels. When Martin was drunk and off his guard he would now and then ease his mind by swearing at his mate in plain English, or grumble at him in the same, to the effect that he had risked his life and spent a fortune to save him from being hanged at the yard-arm. “Discontented devil of a blackamoor,” he would say, “why canst thou not be satisfied to live here? Thou art bound to me body and soul; and do I not indulge thee with everything gold can purchase?”

José would sometimes murmur “Avast there; all our gold and diamonds can’t procure us here the bright sunshine and joyous people, nor the rich fruits and wine, of my native clime.”

He seldom, however, made other reply than by gloomy looks or fiery glances which soon recalled Martin to his senses. It was remarked that after these outbursts of passion he was for a long while like the humble slave of his mate.

The boat in which they landed was kept at Parcurno, except for short spells during stormy times of the year, when she was put into Penberth or Pargwartha for greater safety; and, weeks together, they would remain out at sea night and day till their provisions were used; then they would come in, their craft laden with fish, and this cargo was free to all-comers. Stormy weather seldom drove them to land; they seemed to delight in a tempest.

Before winter came they procured a good number of hounds, and great part of the hunting season was passed by them in coursing over all parts of the West Country. Often of winter’s nights, people far away would be frightened by hearing or seeing these two wild-looking hunters and their dogs chasing over some lone moor, and they gave rise to many a story of Old Nick and his headless hounds.

When tired of the chase, weeks were often passed at a public-house in Buryan Church-town. Martin treated one and all and scattered gold around him like chaff. The tawny mate, however, at times restrained Martin’s lavish expenditure, took charge of his money-chests, and refused him the keys.

José would occasionally condescend to express his wishes to Eleanor, who was mistress of the rare establishment. She understood and humoured the pair, who took pleasure in decking her in the richest stuffs and jewels that their chests contained or that money could procure, and she frequently stayed up alone best part of the night to await their return.

After being at home a year or so the Captain had a large half-decked boat built, and several rocks removed in Parcurno to make a safer place in which to moor her. They then took longer trips, and were not seen, in Chygwidden for montlis running. The two eccentric beings passed many years in this way, and held but little intercourse with their neighbours.

At length Martin perceived tokens of death, or what he took for such, and made his man swear that when he saw signs of near dissolution he would take him off to sea, let him die there, and send bim to rest at the ocean’s bottom. He also bound his kins- man by oath not to oppose his wishes, and invoked a curse on any one who would lay his dust beside the remains of those who had driven him to range the wide world like a vagabond.

They might have complied with his strange desires, but ere they could be carried out he died in a hammock, suspended in his bed-room.

Now there comes a mystery, that is not likely to be cleared up.

It was known that a coffin,–followed by the cousins, José, and the dogs, was taken to St. Levan Churchyard and buried near the ground in which Martin’s family lie. But it was rumoured that the coffin merely contained earth to make weight.

The following night, however, the dark “outlander” had two chests conveyed to Parcurno, the largest of which was said to contain the remains of his friend, and the other money and valuables which belonged to himself. The chests placed on board the half-decked vessel, José and his favourite dog embarked, waited for the tide to rise, and put to sea; but no one remained at the cove to behold their departure, and no more was seen in the West of man, dog, or boat.

Eleanor disappeared on the funeral night and it was believed that she left with the stranger, who was scarcely a league to sea ere a tempest arose and continued with great fury for nearly a week; and, although it was in winter, the sky of nights was all ablaze with lightning and the days as dark as nights. During this storm Parcurno was choked with sand, and no boat could be kept there since.

The tempest had scarcely lulled when an apparition of Martin’s craft would drive into Parcurno against wind and tide; oft-times she came in the dusk of evening, and, without stopping at the Cove, took her course up over the old caunce towards Chapel-Curno; thence she sailed away, her keel just skimming the ground, or many yards above it, as she passed over hill and dale till she arrived at Chygwidden.

The barque was generally shrouded in mist, and one could rarely get a glimpse of her deck on which the shadowy figures of two men, a woman, and a dog, were beheld now and then. This ship of the dead, with her ghostly crew, hovered over the town-place a moment, then bore away to a croft on the farm, and vanished near a rock where a large sum of foreign coins was disinterred many years ago, so it is said. Of late the ghostly ship has not been known to have entered Parcurno, and on account of innovations recently effected there she may nevermore be seen in that ancient port.

Bottrell sensibly observes in his introduction that

It may be observed that traditions of phantom-ships sailing overland were common to many places near the Land’s End with which no stories are connected; these appearances were merely supposed to forebode tempests and wrecks.

The few incidents which form the groundwork of the above legend occurred but little more than a century before it was related to me by an aged farm labourer of St. Levan; yet in that short space it has assumed such a mystic garb that the simple and true story can scarcely be perceived under its embellishments.

I suspect Bottrell of some of those embellishments. For example, José’s talk-like-an-Alicante-pirate “Avast there; all our gold and diamonds can’t procure us here the bright sunshine and joyous people, nor the rich fruits and wine, of my native clime” strikes me as distinctly post-Carmen. However, a Moor(?) with an Iberian (nick)name may be a genuine echo of the multi-ethnic, multi-faith entrepreneurs of the North African hostage trade.

Bottrell also touches on the belief that Porthcurno, now sand- and tourist-clogged, was once Cornwall’s principal port, and that even the biggest ships of the (unspecified) time could be brought up “the foot of an old caunce (paved road) which may still be seen.” If I get time this evening I will return to that, and to the logical but probably mistaken inference that Porthcurno was the site of the celebrated tin entrepôt referred to by Diodorus the Sicilian (not the Scillonian ;o)) and Pliny. 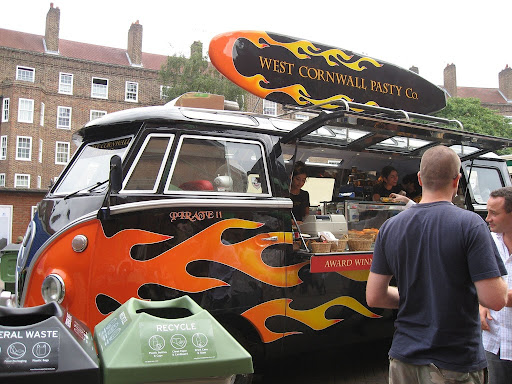