Taken from a 17th century play which has the devil fly a student over Madrid and reveal to him its innermost secrets. 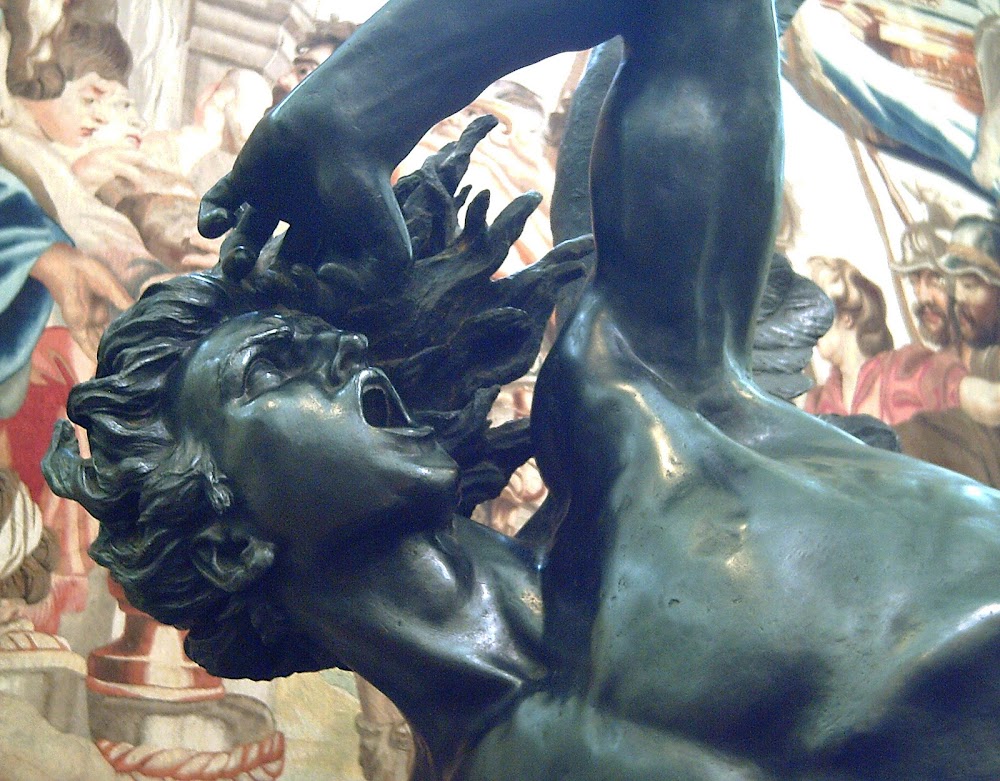 Andalusians may seem to spend more time sitting around in the sun and less in offices than most other Iberians, but that doesn’t mean that they necessarily appreciate so much enlightenment.

I’ve been having another look at Italian winged demons, and via Il diavolo zoppo (see also French avatars such as Alain-René Lesage’s Le Diable boiteux) I arrived at Luis Vélez de Guevara’s 1641 El diablo cojuelo (background). In this tremendous proto-panoptic romance, a devil rewards a student for his liberation from an astrologer’s tube by taking him on his coattails and flying him over Madrid, stripping away with a sweep of his arm roofs and other impediments and revealing the secrets of the living and the dead. (The 1909 and 1948 film versions look interesting.)

Thence to the old debate about whether Lucifer jumped, fell, or was pushed. There’s a terrible pun in José de Valdivielso‘s El peregrino where he plumps for the former, making of Lucifer an Andaluz who is so-called because he said “¡Anda!”, “Away with you!”, to Luz, the Light, and the Light went and he fell into obscurity:

Of course, just because a Castilian poet has his Andalusian choose spiritual darkness doesn’t mean the poor thing should be obliged to put up with a troglodyte material existence as well.

It would be interesting to know if there are any other (Cainite, Iberian) tales locating Hell in Baetica. I think the play itself is interesting for the way it challenges personal privacy, which I don’t think existed generally before the modern age, and which seems to be disappearing again.