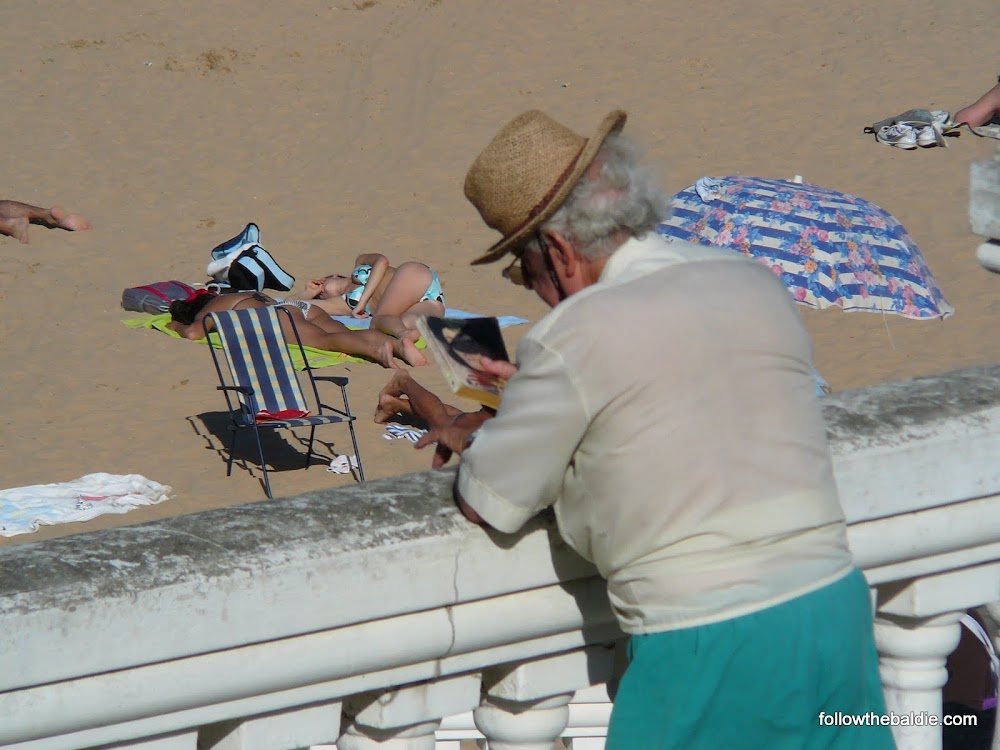 Leafing as it were through back issues of Cantabria Liberal I find Arturo Pérez-Reverte suggesting to local lad Álvaro Pombo that he write the Gattopardo apparently still eagerly awaited by Santander’s bourgeoisie.

Apart from the Carlist writer José María de Pereda’s Sotileza (1885), navigated this afternoon in search of more Cantabrianisms, I don’t think I’ve ever read any fiction based in Santander. I wonder whether there isn’t a simple reason for this: it’s a city of binary oppositions too stark to furnish any dramatic interest whatsoever.

Santander is essentially heaven and hell and not much else: on and around Tétuan excellent meals start at 100€, miserable crap is 10€ or less, and there’s no mid-price; the rich live in palaces near the beach, the poor in peripheral pigsties, and there’s no real middle class; and the paradisiacal (enclosed) green of the north of the headland gives way abruptly to beach, which is hell anywhere and not just when it’s called Omaha.

Perhaps the best place to lurk on the voyeurs of burning sinners, their clothes torn off in fashionably alarming ways, is the terrace of Club Náutico La Horadada, which apart from some rather nice mussels seems to specialise in middle-aged men, their bulgy eyes firmly focused on the kiddies on Playa de la Magdalena.