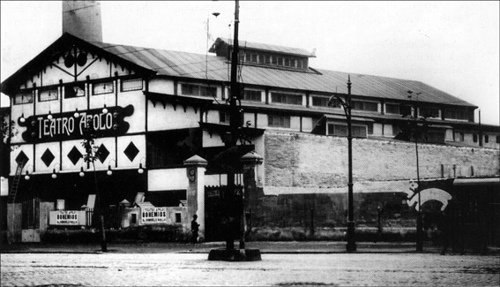 In English the protagonist of the French song, Marlbrough s’en va-t-en guerre, is quite sensibly transcribed as Marlbrook, but the Spanish Mambrú se fue a la guerra seems pretty unfair to me. Discovered via the 1945 zarzuela of that name by Vila, Romero and Fernández Shaw, which probably doesn’t owe anything to the Delibes-Bizet-Jonas-Legouix collaboration in 1867, the latter having disappeared.

If you’re interested in zarzuela, then I’d recommend for starters the Catalan Wikipedia entry, Christopher Webber’s site, and the generous selection of audio over at RTVE.

One of the omissions from the materials I’ve read so far has been discussion of the relationship between zarzuela and left-ish/republican-ish politics. Pío Baroja wrote the libretto for one, Adiós a la bohemia, for which his friend, Pablo Sorozábal, provided the music (it’s not on RTVE, but Sorozábal is), and I believe the important zarzuela composer Ruperto Chapí was a socialist, with perhaps similar views to his fellow-Valencian, Vicente Blasco Ibáñez. Any more?

In regional terms, I read somewhere that the target audience of Madrid zarzuela was more popular than in Barcelona, which I guess also might be due to slower adoption of the cheaper, chico genre in the latter city–my impression from Christopher Webber’s list of works is that Barcelona only came to compete with Madrid in terms of zarzuela in the 20th century, so maybe Barcelona was simply conservative in these terms at least. The current situation–as a result of nationalist paranoia–is that zarzuela is starved in Barcelona (where theatre generally deals with themes of interest to few, and audiences are correspondingly small) while funds were found for Albert Boadella’s excellent Amadeu in Madrid.

I guess more reading is required, unless one of you happens to be an expert.