Blueout in the election of the beards. 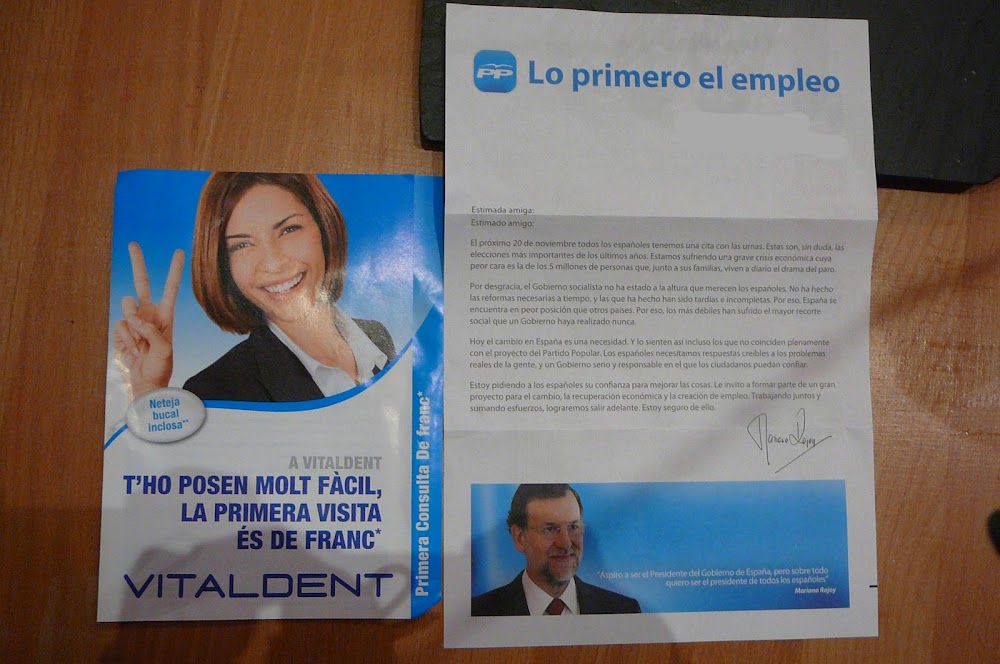 Possible explanation for my failure to distinguish between the dentist and the notary, and between what experts tell me are two completely different shades of blue: Multiple organ failure brought on last night by Lars von Trier’s steaming pile of Melancholia horseshite. Don’t they teach physics in Denmark? How long are we going to have to wait for the next Coentribution?

Of course I’m actually voting for Plataforma per Catalunya. They’ve promised to fly me back in luxury every now and again to my various homes (did I tell you about my Jamaican great uncle, and my Thai in-laws?), while the girlfriend is to be paid millions to be a broodmare for my white babies. I’ll never need to work again.

There’s a curious phrase in Rajoy’s Letter to the Spanish People. “La altura que merecen los españoles” appears to be plagiarised from the PSOE’s Tomás Gómez, and I’m struggling to imagine what “altura” the Chosen Race deserves. 30,000ft, ie cheap flights for all? Climb every mountain, ie a Sound of Music per-ardua-ad-Astrid, Merkel-is-a-Nazi thing? Death to the Gnomes of Zürich, and of Frankfurt? Maybe Lars should investigate Spanish democracy.