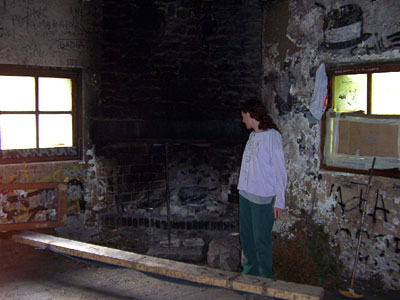 I’m not saying that the relatively inaccessible GR10 and GR11 are spotless, but one of the big problems in the Spanish Pyrenees is the ease with which people can drive up mountains, make a horrendous mess, and then drive back down again.

The other day in Ripollès (most walks as yet undocumented) at around 2000m, I came across a refuge with a couple of 4x4s parked outside and a bunch of middle-class rebels with lots of pocket money playing didgeridoo and djembe inside. They’d lit a fire because Gaia had gone cold on them and, with the aid of large quantities of food, magic markers and other rubbish, were engaged in rendering the refuge unusable. 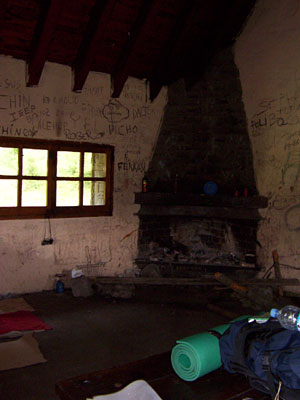 The environmental movement is still in its infancy here: talking to this lot, I got the impression that they thought that voting Green would lead to everyone in Barcelona being able buy landcruisers with which to drive up mountains.