Here, taken on this walk, is a shot of Mexican multinational Cemex‘s Sanson cement factory at Sant Feliu, where the Llobregat cuts through the coastal range: 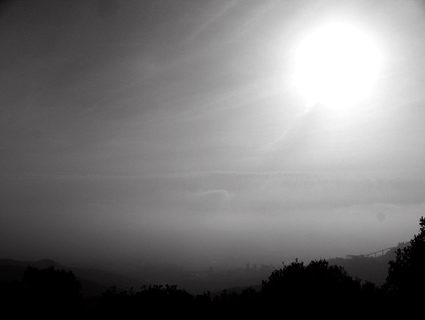 Sanson and the Molins factory were major suppliers of concrete as the region industrialised, and this particular works has continued to play a major role in recent years. The chimney of Sanson’s original factory in Sant Just Desvern is clearly visible as you walk along the SE end of Collserola, but the rest of the old plant was demolished and replaced in the 70s by Bofill’s bizarrely-named Walden development.