“No aggression without response.” 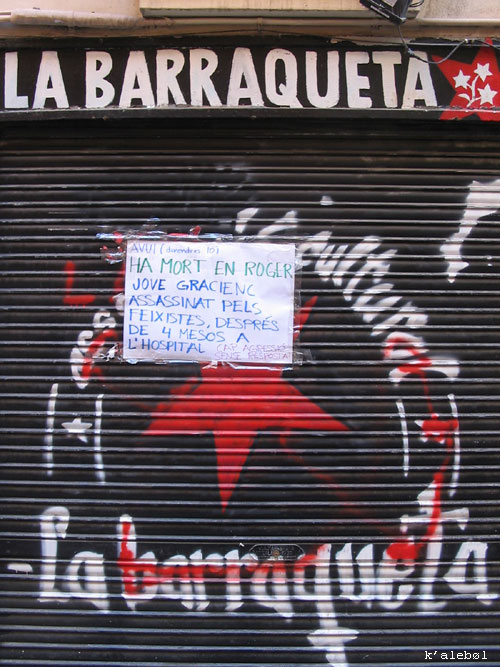 La Barraqueta, Virtut 14, Barcelona: “Today, Friday 10th. Young Gràcia man Roger died after four months in hospital, murdered by the Fascists. No aggression without response.” The squatters are good at slogans and running illegal drink ‘n’ drugs bars. However, although many proclaim terrorist violence as the only way, they tend to be less good at knife fights than the españolista right. (How did anarchists come to be bomb-throwers rather than blade-twiddlers?)