Where did he get that vernacular? 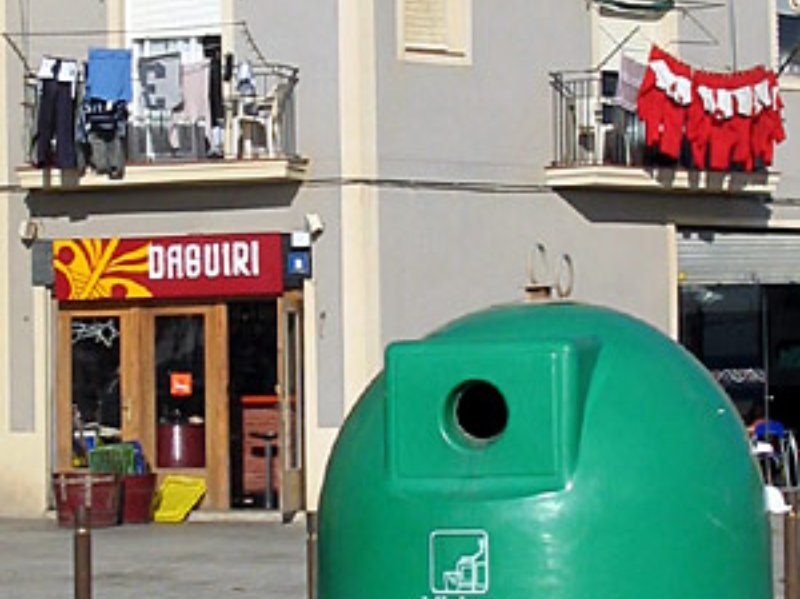 It would be an exaggeration to describe Benito Pérez Galdós (1843-1920) as the Spanish Thomas Hardy, but they were both concerned to reproduce the large and the small things of nineteenth century provincial life using the vernacular of the broadsheet ballad and other representations of popular speech. Guiri is a racist epithet used in politically incorrect Spain to indicate a (well-off/drunken/transient) Anglo or northern European. Here’s one of the best-known early occurrences of its use, taken (original lead) from Galdós’ 1898 Zumalacárregui, which deals with the first Carlist war (1833-39/40):

I went to Zaragoza, where I had a talk with a nice young infantryman from the Royal Guard, you know, the first to arrive two years ago to put down the faction [faición, the Carlists], and didn’t put it down. It was that one from near Tarazona, sweet as a biscuit, but a poor [cuitadico] thing, the kind of person who wouldn’t be able to find water in the Ebro. With his dress coat all buttoned up, his webbing crossed, and fur cap with its badge, he was like an angel. The Guard used to be called guiris because they had three letters, G. R. I., on their caps and on their cartridge cases, and they are still called guiris.

Salvador Alcolea Martínez picks up on this hypothesis in a letter to La Vanguardia:

Concerning the origin of the term guiri I would like to add that Fernando Puell de la Villa in his book Historia del ejército en España explains that in 1833, the year of the death of Ferdinand VII, the old royal guard regiments were transformed into two large units: the Guardia Real de Infantería, which was composed initially of troops from the abolished foreign regiments [ie from Spain’s South American ex-colonies], and whose initials gave rise to the term guiri, and the Guardia Real Provincial, from whose initials derive the term guripa.

The problem is that, while there are references to the GRP, I have found little trace of the GRI in the literature or iconography of, or referring to, the 1830s (here are more from the 1820s), although it seems that the entity survived until 1841. The Real Academia Española suggests a another option (ie no 2):

The difficulty with this Galdós’ hypothesis is to explain how guiri was transferred to northern Europeans, presumably during the first major wave of tourism in the late 60s (its revival in works like Rafael Sánchez Mazas’ 1951 La vida nueva de Pedrito de Andía is a mere echo of, for example, Galdós), and what it was doing in the meantime (Emilia Pardo Bazán suggests (La madre naturaleza, 1881) that it was still in use during the third Carlist War (1868) but after that mentions dry up).

In terms of regional origins, Galdós himself proffers a helping hand by, towards the end of the same novel, hinting that guiris may not (only) have been sweet young boy soldiers from near Zaragoza (and that patatas bravas are a comparatively modern invention):

“My good man,” said the quartermaster to him, arousing him brusquely from his splendid military dreams, “for today’s mess they’ve given me something they call potatoes. Look, look: they’re just like stones. Do people eat them?”
“What a brute! It’s excellent food. Where are you from?”
“My good man, I’m from Sansoaín, on the edge of Lumbier. In my village nuns eat them as a penance, so they say, and so do the pigs, if you’ll pardon my saying so, but not people.”
“Well in my village and all of them they cultivate and eat potatoes, and they’re delicious. This food was introduced into Spain in the French war. A lot of people didn’t want to eat them because they were French produce, but we’ve really taken to them, because good food knows no borders.”
“My dear man, I heard that eating these balls taken out of the earth loses you , the good blood is lost, and will turn us all into frogs [gabachos] or Englishmen from overseas, heading [diendo] for Havana. I don’t understand, but I’ll tell you that I tried them and they tasted to me like the soap they bring from Tafalla and Artajona. If they’re meant to clean your guts, then all well and good, but don’t tell me they they’re good for your blood.”
“Get some wine on top of them and you’ll see.”
“Wine on its own will see me right, and let the guiris eat these balls so they all burst at once.”

Depending on what you think she means by the word “race”, this might have been what Emilia Pardo Bazán was suggesting in Un viaje de novios in 1881:

And he didn’t retreat either during bayonet charges. During one of them a guiri soldier – damn their race! – went right at him with the point at the ready… And what do you think my Don Ignacio did? even the devil wouldn’t think of this one… He brushed it aside with his hand as if he was brushing off a mosquito, and that great big savage lowered his bayonet and let himself be pushed aside.

So was the term guiri coined for application to northerners (Brits and French were involved in the war, principally on the liberal side), was it then applied, willy-nilly, to all outsiders in the Carlist regions of the north, and did it then reappear in its original usage a century or so later? If there were slightly more evidence, then I’d be strongly in favour of this hypothesis, simply because it would explain more of the evidence more simply. Given that the French (and not the numerous Irish generals serving in the Spanish military) seem to have introduced the Spanish to potatoes, I think it most likely that the original guiris were French. With reference to this, it is interesting to note that some believe that the characteristic Carlist red (gorri = red in Basque) caps were originally introduced by liberal volunteers from France:

Unamuno says that the boina was introduced from the French Midi, at the start of the seven year Carlist civil war, around 1833, and it was introduced by the so-called txapelgorris or red-caps, corps of cristino volunteers, liberals in other words. As such, in the words of Unamuno, the boina, which came to be for many a distinguishing Carlist symbol, was introduced by liberal troops and also consistently used in both Carlist wars by liberal troops. With respect to this, it should be recalled that traditionally the word txapelgorri was applied to the miqueletes in the Carlist wars and that it was their leader, Zumalacárregui, who made it famous.

Another, even more improbable explanation is that the word has Welsh origins. The Welsh gwr, “man”, is the source of Welsh words like Goronwy, and one might fantasise that it arrived in Spain’s mining country (ie the north) along with British mining expertise, uniformed company militias, and liberal ideology at the turn of the C19th. The Welsh miners used to call each other gwr all the time and became known by the locals as gwris, and when war broke out, guiri became generally known as a term used to stigmatise all that was foreign, new, and imposed. Madrilenian novelists, many of whom did not speak Welsh and who were not particularly interested in industrial history (no Zolas here, and Galdós was the only realist to make any money), thereafter made the mistaken association with cristino.

In the next few days I will publish a radically different hypothesis, which traces the word back from contemporary cognates as far away as Tibet to an old, old Semitic root, and which I believe is also favoured by Mr Goytisolo.