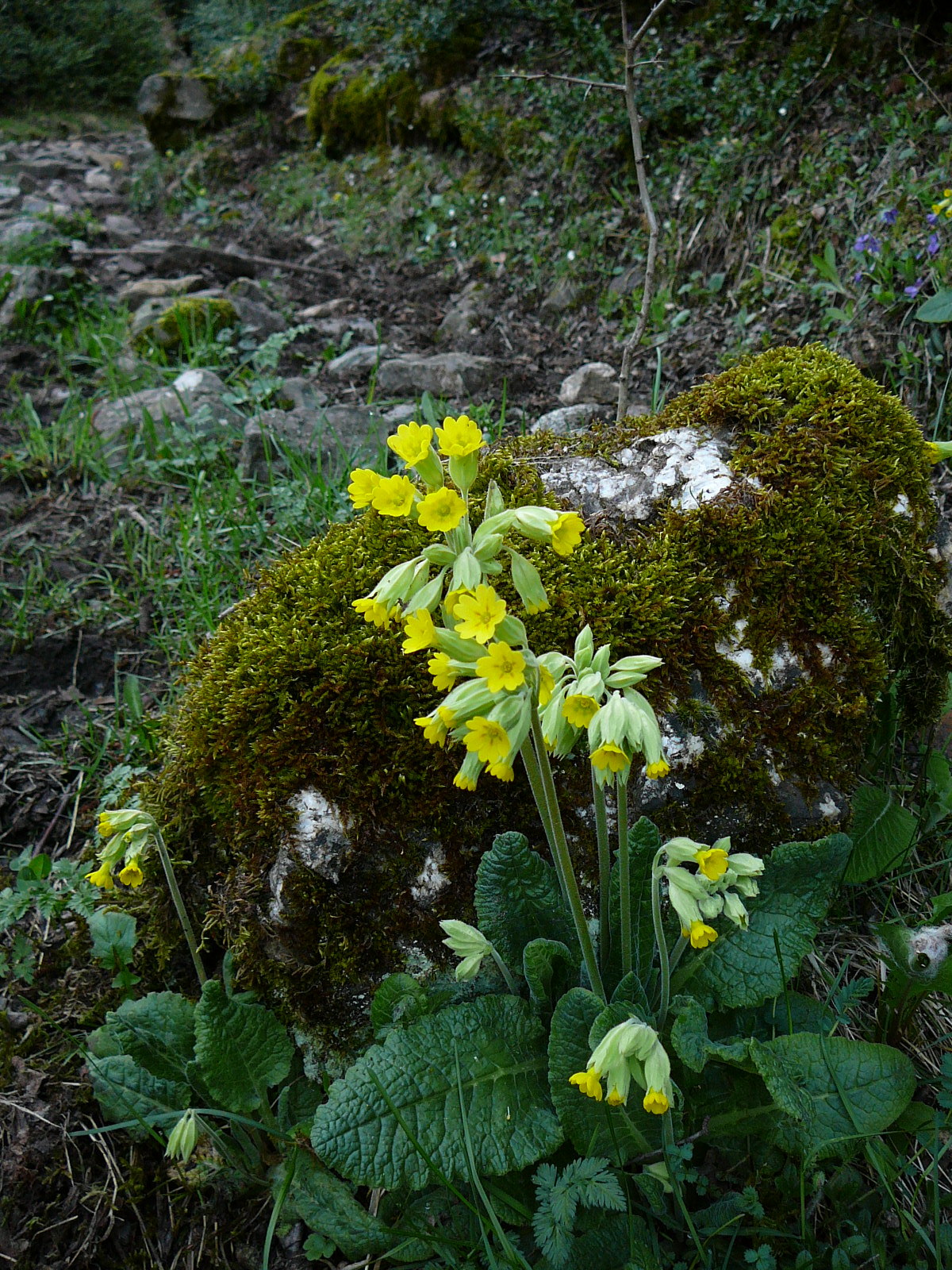 My old camera was stolen last summer by Chicago baggage handlers, but thanks to a handy tip from Pep Lamesa I’ve now acquired a ridiculously cheap Panasonic TZ1 with 10x OZ and am going to start posting photos again here, using Picasa for storage and Online Image Editor for online image editing (other editors either don’t take large file sizes or tell me to install new versions of Flash, which is verboten on government machines).

These Primula veris/Cowslip/Gouden sleutelbloem/Flor de cucut/Primavera/whatever are from around 1200m in the central Pyrenees at 7 this morning. They’re not roses–the fashionable gift to ladies on Sant Jordi’s day ever since the 1920s–because these days all roses come from toxic African lakesides, not Catalonia’s Maresma/Maresme coast.