Barcelona’s biggest flea market is relatively well policed, so most bikes and other stolen goods end up in unofficial markets on street corners across town. This rare bird, a lady’s Juncker originally purchased from Engelenwyck in Maastricht, was being sold this morning at the Encantes: 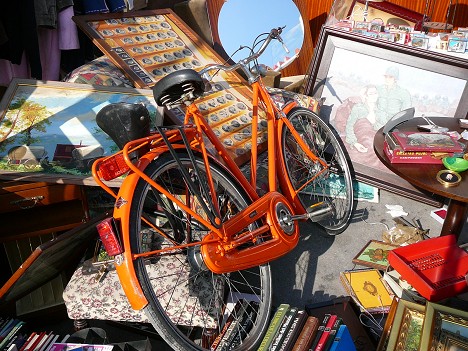 You can tell it’s stolen because while the the bike and ancillaries (Sturmey Archer gears and disc brakes) have clearly been cared for by someone who understands bicycles, the orange paint job is hurried (untidy, client-facing surfaces only, naked gear cable painted over) and the asking price was low at 80€. Here’s a shot of the stallholder, who said he was trading on behalf of someone else: 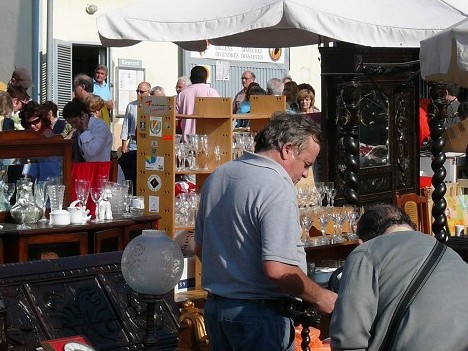 Moroccan gangs in Amsterdam used to steal large quantities of bikes and ship them south for sale. I wonder whether this was such an import, or whether someone in Barcelona is lamenting the loss of one of the prettiest bikes ever made.

Next up: how to buy finches.