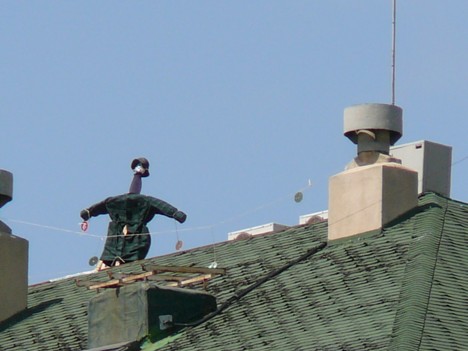 I think this is meant to be Mr Krueger, guarding over the roof of a block of flats in Sant Gervasi, Barcelona. Scared?