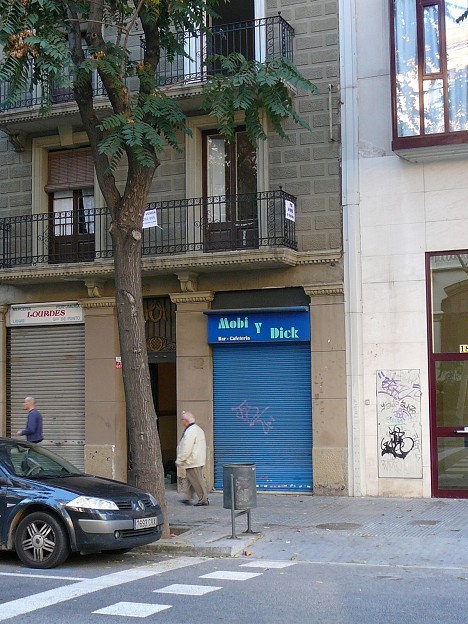 The name is actually rather interesting. There’s a rule in standard Spanish that says that y is substituted by e before words beginning with i or hi, except when y forms the beginning of an exclamation or question, and except before words beginning with y or hie. However, I’ve never heard of a corresponding rule covering y AFTER words ending with i etc etc, although the hiatus is identical. So Mobi y Dick it is here, rather than Mobi e Dick, or whatever. Maybe it’s meant to sound a bit naughty. Whenever Ahab calls by it’s closed.