It’s all about flowerpots, says D the photographer and cook. I think the Romans did something similar. So it’s definitely OK. 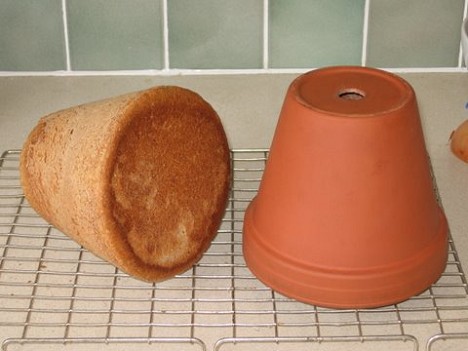 Update: This is my flowerpot, actually a glazed Moroccan cookpot (you put the meat on the bottom and the veg on top). D says I may need to drill a whole in the top using a masonry bit. Get in touch if you want mosaics similar or completely different to the one on the table below. 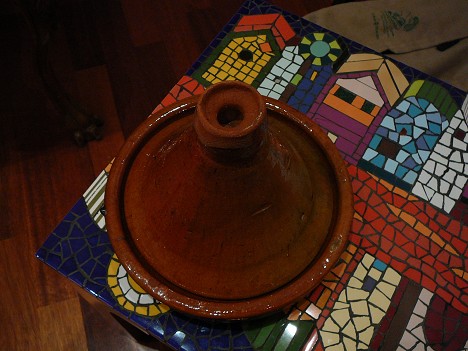 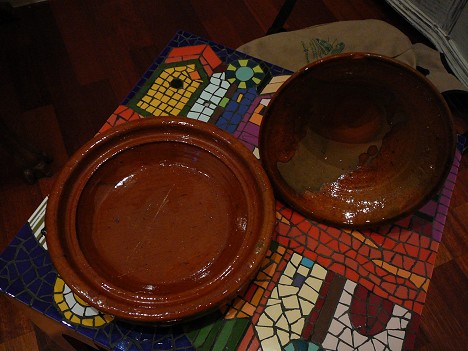 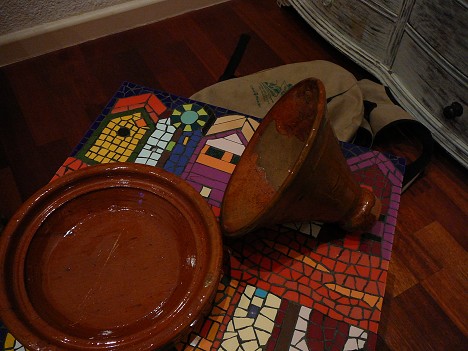 Now for some yeast.