Unnerved by the publicity this year for La Romería de la Primera Sueca/The Pilgrimage of the First Swedish Totty, the committee decided to undertake a dry run dress rehearsal the day before. During this expedition the focus shifted from quality to quantity, with the unfortunate result that the entire committee found itself incapable of performing the real ceremony on Saturday.

The committee would like to apologise for the chaotic conditions in which the event was cancelled, and then spontaneously rescheduled along an entirely different route, viz some of the Raval’s bars, ending with a visit to the remains of the prehistoric wholemeal rusk factory at the site of the first Swedish settlement in Spain, el Poble Suec/Pueblo Sueco.

The Brotherhood of the First Swedish Totty/La Hermandad de la Primera Sueca hopes that this miseralbe failure will not discourage intrepid and thirsty individuals from signing up for other planned events, which include moose hunting in the Llobregat, an investigation into the feasibility of routing the solar system along c/ Mallorca and past the Sagrada Familia, and the customary programme of political assassinations and knitting for beginners. 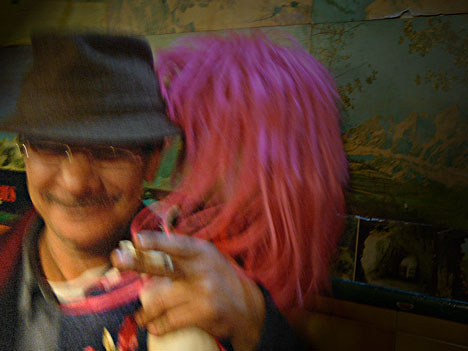 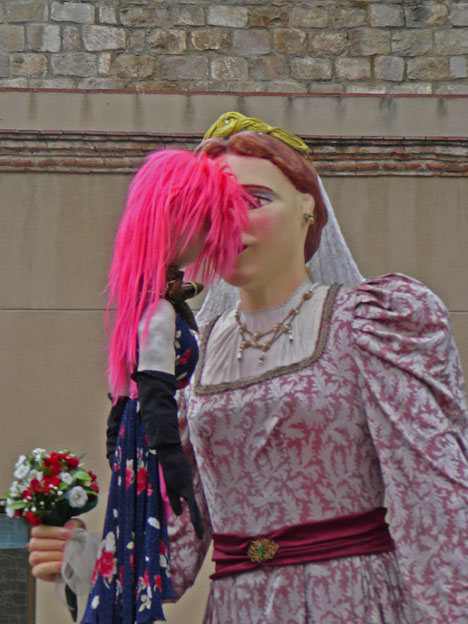 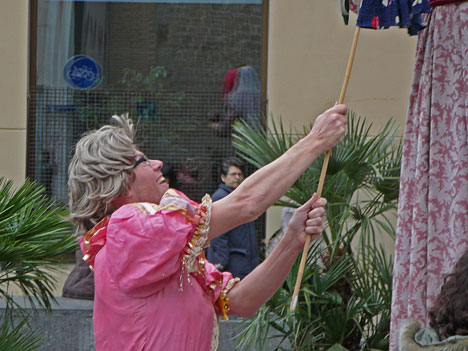 Shopping in the Boqueria: 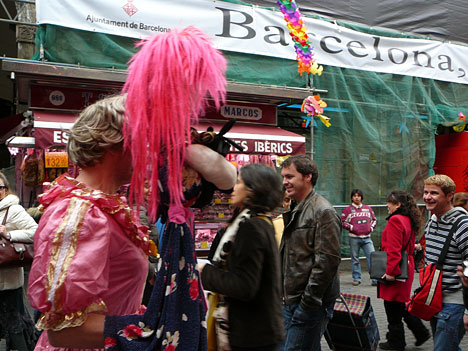 Clarification for the fat Catalanist Nazi dwarves in c/ Tallers. When we asked whether your jackboots and bomber jackets were carnival gear, we were actually trying to tell you that you look pretty damn gay. Love and kisses, and see you next year.