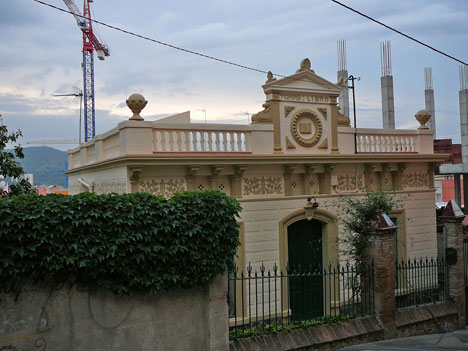 Villa in c/ de l’Hortal, Carmelo, Barcelona apparently dedicated to books. The garden looks good. (Miquel Hortal i Arisó is probably the richest piano tuner in the history of Barcelona, inheriting from his father the estate on which a substantial part of the Carmelo was constructed.)