Montjuïc cemetery publishes a little map which, interested in historical renown, guides you past the generally terribly tedious tombs of well-known Barcelona citizens (good, bad, ugly) and thus omits the quite extraordinary artistic achievements of some of its less well-documented residents. Here is one of the finest funeral monuments, built by people who have clearly inherited something of the spirit of the pharaohs of the land whence they say they came: 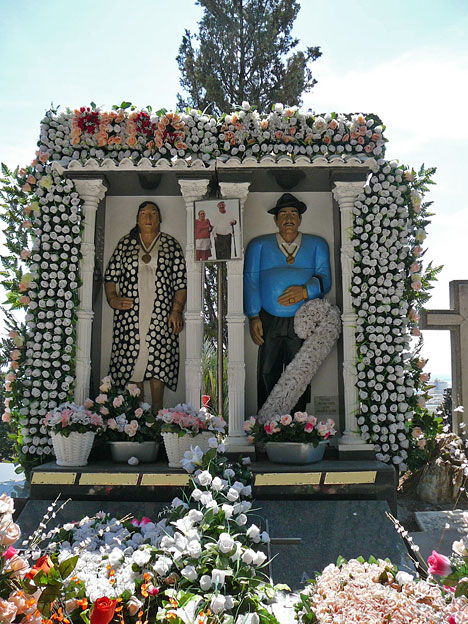 There’s another splendid example nearby dedicated to a young man–strong as a horse, ringed by them–who shares his name but little else with an ex-foreign minister of Chile, and there are many more. It would be a nice irony if these folks were to be remembered after all the bloody Batllós and Ferrer i Guardias are forgotten.