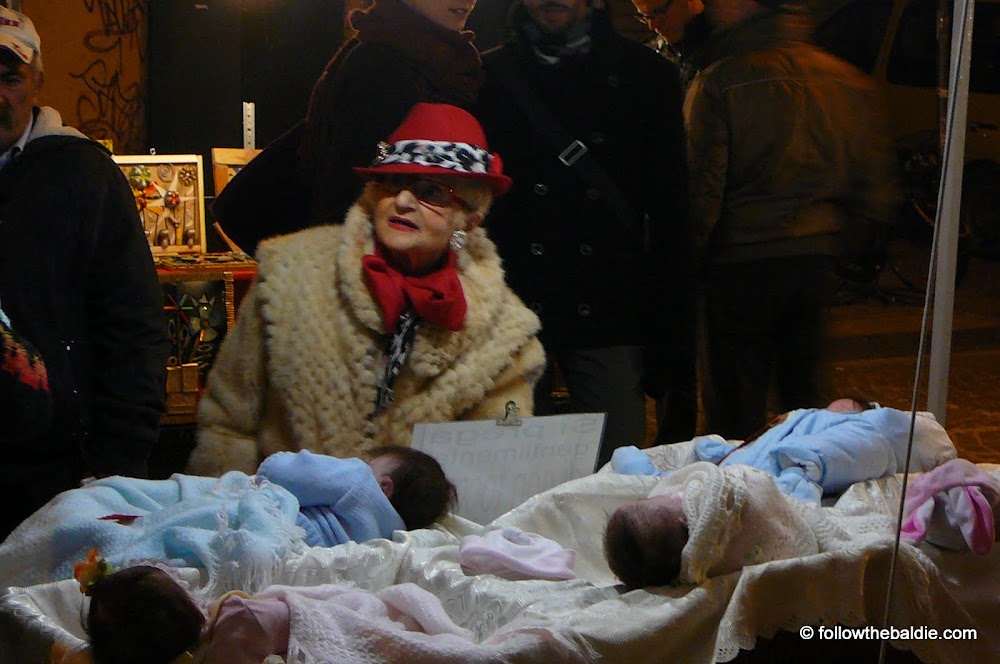 Wicked witch selling babies at neo-romantic Bologna street-fair: beyond the bounds of nicestalgia?

The following C16th jocosity is 100% idiot-proof, but the convention for the schools market would be (I compress and crumple) to modernise the spelling while conserving the phonetics, adjust the punctuation to reflect syntactic rather than rhetorical requirements, and fix any grammar perceived as broken:

I set my selfe close by his side, according to our agreement, and as the manner is, every one began to tell of the marvels which hee had seene in the world, the turne came to the goode man my master, who saide that hee had beene in the lande of Iaptha, and among other marvellous things that there he had seene was a church, which was a thousand foote longe: then I seeing him so far out of order, as I was readie prepared, pluckt him by the skirt, he presently understood me, and said; and one foot in breadth.

I’m ashamed to admit that when I think of historical reenactment lurking in the jungles of my mind is International Talk Like a Pirate Day. Is that grossly unfair–would creative anachronists prefer Urtext and other tools to help them talk like the originals–or are they content with pantomime English regional with the odd “hath” thrown in? (And, incidentally, how big is this kind of thing in continental Europe?)