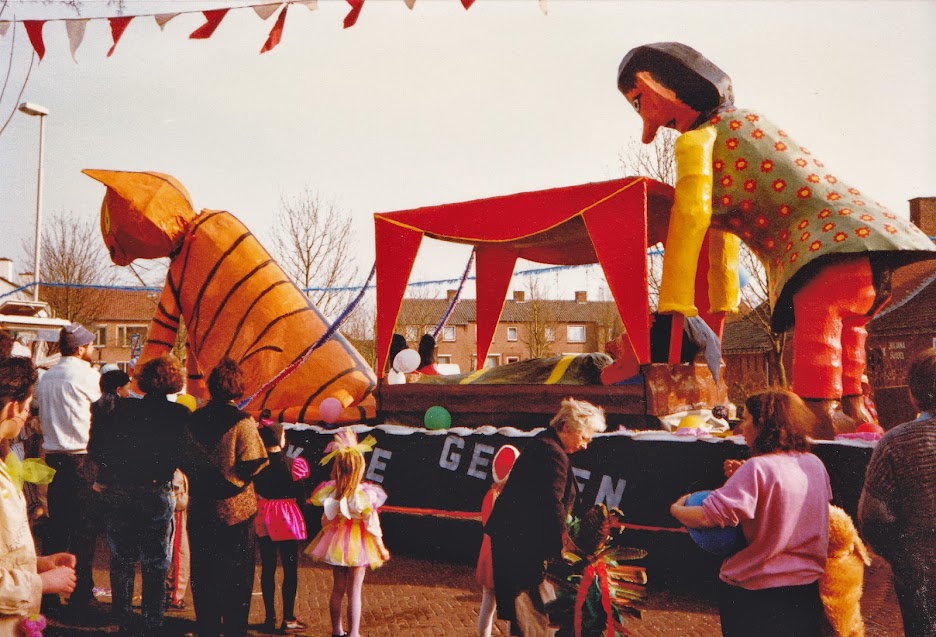 Early photography by the Organ-Grinder, from Carnaval in Denekamp, Twente, Overijssel, Netherlands in 1989. I can't remember whether the scene was proverbial or topical. Maybe no one knew.

I had a camera which died, I can’t be bothered with smartphones, and so I had no immediate means of recording the entrepreneurial habits of my neighbours during a 90-minute late-afternoon stroll round the neighbourhood last Saturday: a trustafarian phone snatch by lads on pushbikes in the Wick; the regular Saturday all-nighter kicking off behind New Spitalfields; a surprising proposition from a Bangladeshi lad along the Lea – “Excuse me, would you like a blowjob?” – which, were I so inclined, would probably have ended in beating and theft, as tourists find when seduced by Moroccan lads on Montjuic, Barcelona; another proposition, in Lower Clapton, from, perhaps, the lad’s father, who pulled up in a car and asked gently if I’d like a chat, presumably not about the benefits of fasting; Bulgarian(?) masseuses trying to get into Seniorita’s; a Deliveroo moped almost taking me out by coming fast around the wrong side of a traffic island.

Nor could I capture this woodpecker, observed shortly before someone else took a rather splendid photo:

Previous cameras have weighed at most as much as a kitchen mug, but I have been practising for the new model by carrying around a large, two-thirds-full jar of peanut butter. Apart from not containing anything spreadable on bread, the camera’s major drawback seems to be that it doesn’t store RAW images, and as we know, and Thomas Dekker and John Webster wrote in Northward Hoe (1607), “the Northerne man loues white meates, the Southery man Sallades, the Eſſex man a Calfe, the Kentishman a Wag-taile, the Lancashire man an Egg-pie, the Welshman Leekes and Cheeſe, aud your Londoners [loue] rawe Mutton,” but I will do my best with it when it arrives. I hope among others to interview the gent who has been the subject of 153 assassination attempts by Theresa May, and whose first name is not David.

The title rhyme of “Gomorrah” and “camera” is from Blackalicious’ Paragraph President: