Many of the cemeteries I visit – the cat has to be fed – are being enlarged at the moment, although in some of the smaller villages there doesn’t seem to be anyone left to die. The first one, which you can see for yourself during the Santa Coloma to Montgat walk, combines traditional stuff-em-in-the-wall style with vaguely Californian landscaping. The second – on an as yet undocumented walk – leaves me slightly unclear as to whether one gets interred vertically, and whether it is also possible to store garden tools inside. The third is a view from Montjuic’s Southwest Cemetery over Barcelona’s gradually extending harbour. I’m not a cementery person at all, but I like harbours and am developing a plan for a distant date in the future that will involve a well-equipped container and … well that’s probably enough for now. 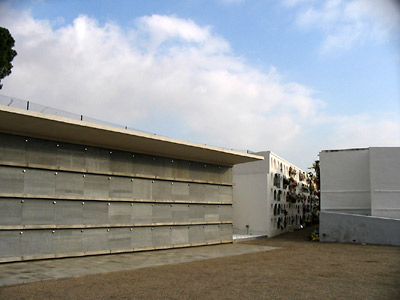 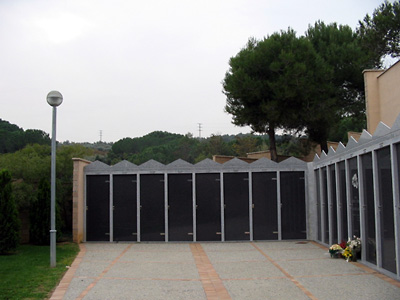