Someone just mailed me this disgraceful image: 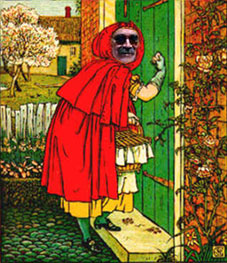