“Spring is here, spring is here, Life is skittles and life is beer,” sang Mr Lehrer, but first it’s time to park that old Ebro or Simca under an old olive tree (or a holly oak, or whatever takes the wrecker’s fancy): 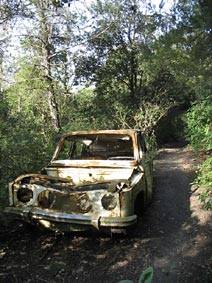 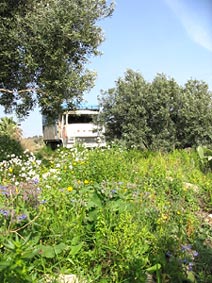 You can see these two rustbuckets (as well as a genuine iron mine) on this walk.