A 1932 Francis turbine in rural Catalonia. 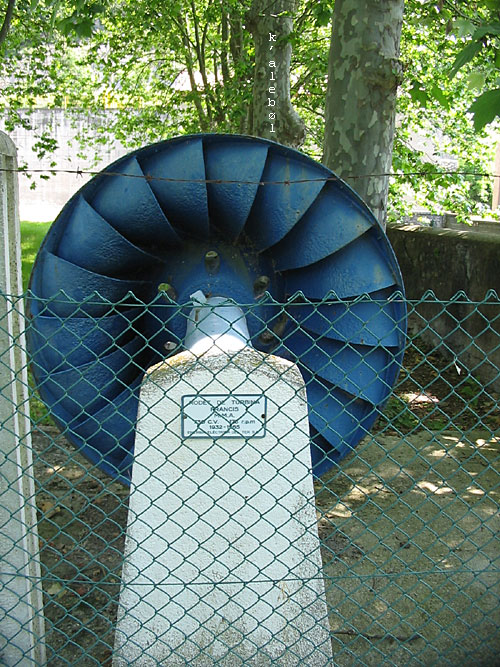 Power plant purchasers in some parts of the world want equipment that will explode after ten years so you’ll come back and bribe them again. Here, however, is a little beauty: a Francis water turbine runner (730CV (= 720HP), 178rpm) that was installed at the Montesquiu drop on the Ter in northern Osona in 1932 and provided hydroelectric power operation for Energia Eléctrica del Ter until it was taken out of service in 1985. A shortage of reliable utility companies and of farmhouses has meant renewed interest in small turbines and in old generation houses, although it’s going to be a while before anyone climbs over the fence and nicks this particular piece of machinery.