Over Santa Coloma way, taking in Puig Castellar, which I’ve been doing informally for a while. Here are some photos: 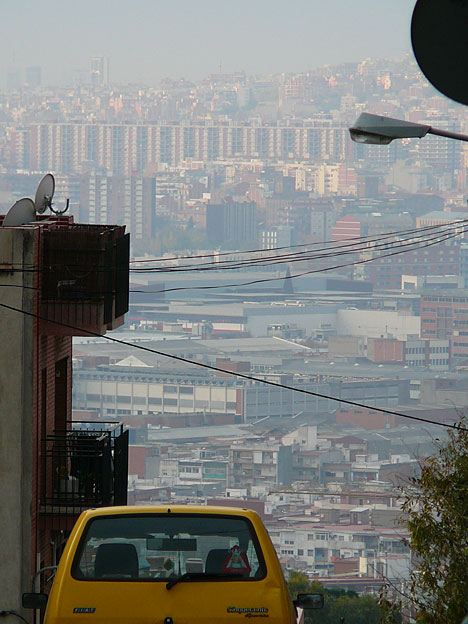 This is looking back over the river towards the bits of Barcelona no one visits. 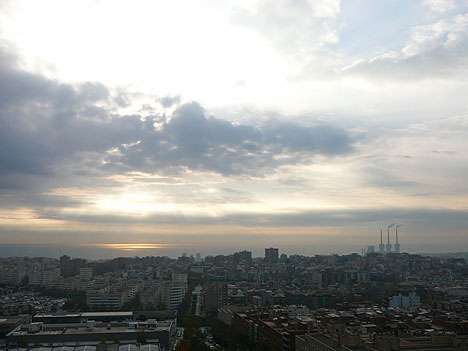 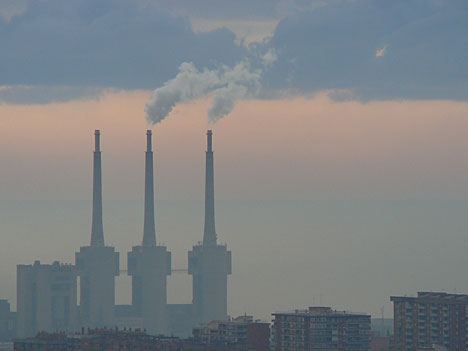 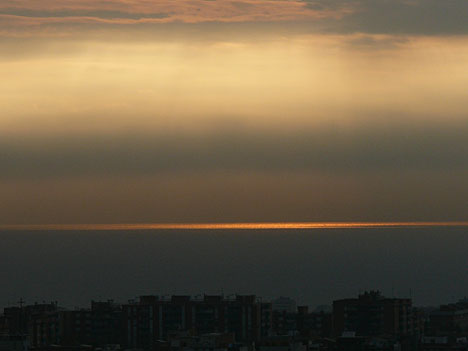 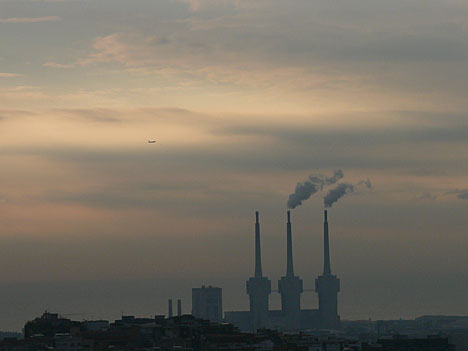 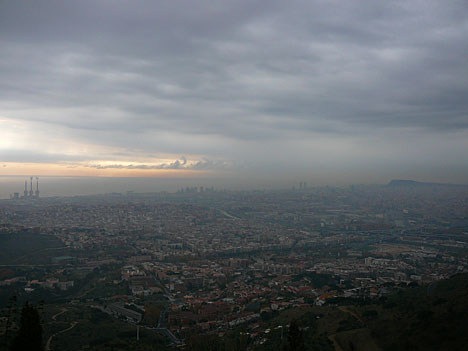 There are other attractions, but the best bit about it for me are the views of the power station. I still find it the most important large building in the area, balancing Barcelona with the rest of the Maresme region, the chimneys a projection into the sky of the old delta. (As Pla points out somewhere, Barcelona is a Maresma conglomerate just like the [] de dalts and de mars, consisting of a seaside village with a posher one on the hill.)