German sausages commonly arouse Spanish bar owners to orthographical orgasm, but this is perhaps the most beautiful, and at first sight most puzzling spelling of Frankfurt in the peninsula: 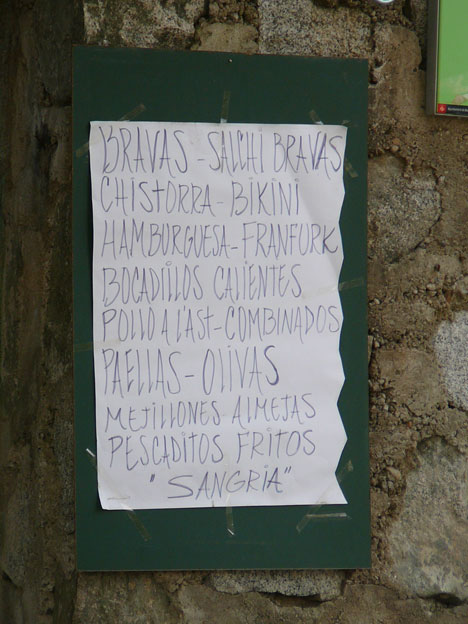 No time to inquire her ancestry of the lady at this magnificent tapas bar in the Creueta del Coll park, Barcelona, but one suspects the Dread Hand of Andalusia. One of the defining characteristics of the Noble and Ancient Language of Manuel Chaves is its treatment of final consonants. The most notorious is the aspirated final s, but others misbehave as well. What I think happened here:

[
Could franfurk become a regional speciality?
]