With alien hordes roaming the streets, desperate for a leak, Cazorla Council cracked open the piggy bank and commissioned this marvellous sign: 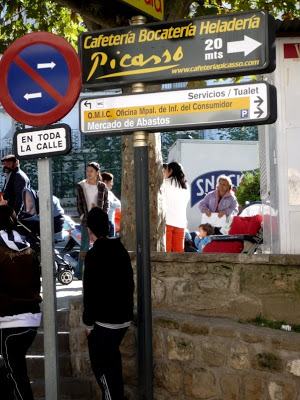 But is the target audience English- or French-speaking? And, since the verbal and iconic messages aren’t coordinated (users don’t immediately associate the arrow and icon on the left with the words on the right), how many of these needy foreigners actually end up serving poetic justice by pissing against the door of the municipal consumer information officer?

(Many thanks for this and other photos to El Ciruco, and apologies for the delay in following up. Suggested charity: the WWF, in whichever incarnation you wish.)