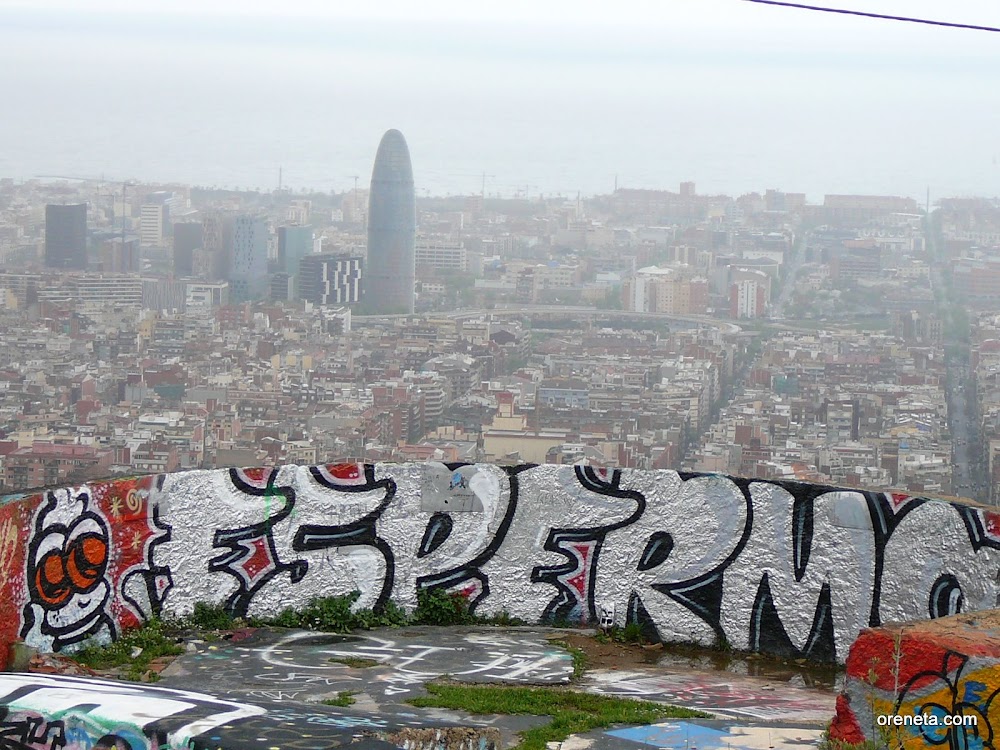 Graffiti on Turó de la Rovira with the Agbar tower in the background.

During the building of the Agbar water company’s new giant penis office, urban legend had it that a fountain would spout from the tip. That might have prevented this.