The ogre of Burnham on Crouch. 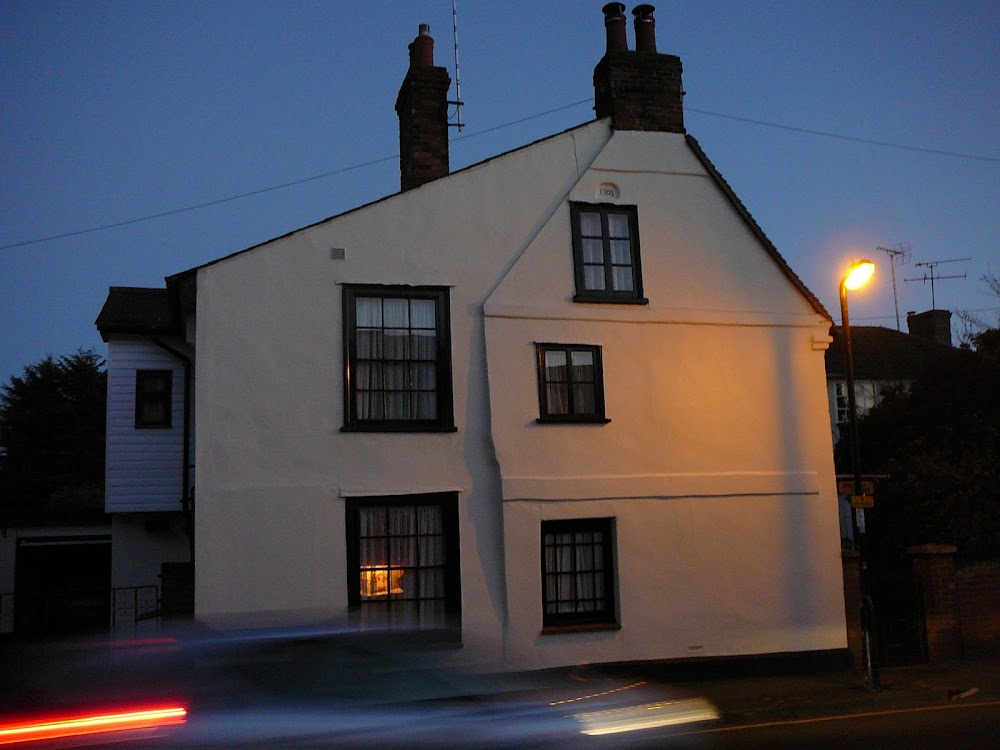 Burnham on Crouch, perhaps the best town ever. But are the pluriemployed Messrs Sauda (fish and chips) Italian or wives of the prophet? We love em anyway.

The clan’s urban planning specialists would have liked this house, which has an unusual history. The inhabitants of the marshes at Althorne noticed that sheep had been going missing and found huge footprints in the estuary mud. One night they stood guard with some tasty bait and a large net, and managed to trap a sea ogre, rather like Adrian Wright’s, but with a bigger mouth and curious blond hair. It was too big for Burnham gaol, so a little house was built around it, with windows for its eyes and mouth and a door for … well, you know. An urgent message was sent to London asking what was to be done with it, but meanwhile the ogre kept on growing, and an extension had to be built. Finally a reply came – London needed a new mayor – but rather than demolish the house, the roof was removed and the ogre lifted out. Unfortunately, no one in Burnham remembers this, and planning applications to turn the house into an attractive commemorative kebab bar have been refused, but that’s the plain and simple truth.