Audio and scans, but no MIDI. 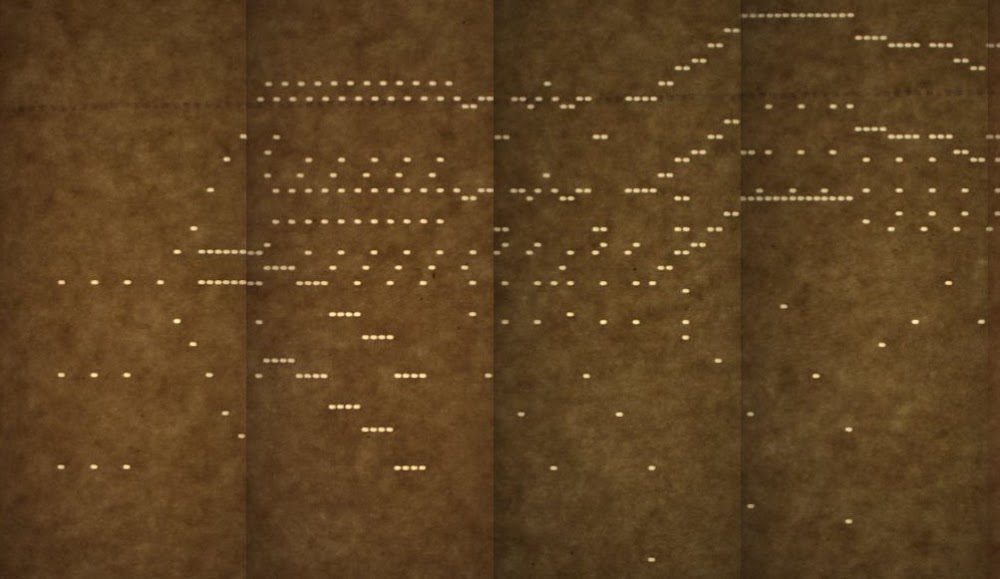 Via the blog of the Biblioteca Nacional de España, a long list. Scans are accessible via “Enlace a la imagen del rollo” on each item page, which automatically plays the audio. Kudos to the BNE and to sponsors Telefónica, but I wonder why the decision was taken not to post the MIDI output. It would certainly have pleased me, Richard Stibbons, Warren Trachtman and Wayne Stahnke even more.

The rolls are virtually all the first three decades of the twentieth century and tend to be simply performed marketing supports for light operas and the like. Personal favourites include the two Josés: José Padilla, who wrote “Valencia” (funereal version here) but didn’t go there very much, and a couple of whose songs I sing; and zarzuelista José Serrano, who was born there, took up fishing, and donated much of his liver to the Mediterranean.