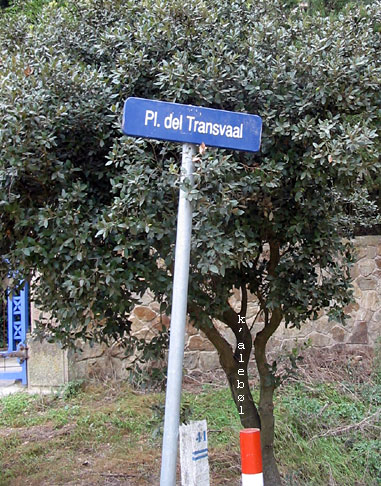 Barcelona’s street name guide notes that the Transvaal is a South African province, and that Plaça del Transvaal got its name on 1931/9/25. But why? Dutch and German towns called streets after rebel provinces and towns before and during the Boer War, and I guess that, following the unilateral proclamation of a Catalan state by ERC on 1931/4/14, the naming commission wanted to point to the high degree of autonomy enjoyed by the Transvaal between 1881 and 1902.