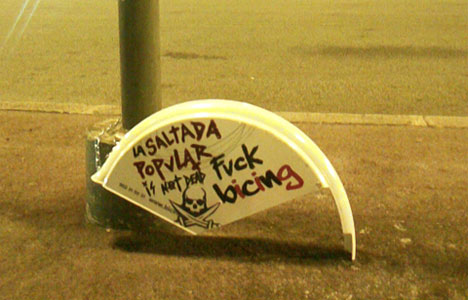 59euros is going round chaining random stuff to lampposts in protest at the council’s policy minimising facilities for non-council bikes and then removing perfectly roadworthy examples from the streets to make way for yet more council bikes and illegally parked motorbikes. Saltada Popular is also in on this.